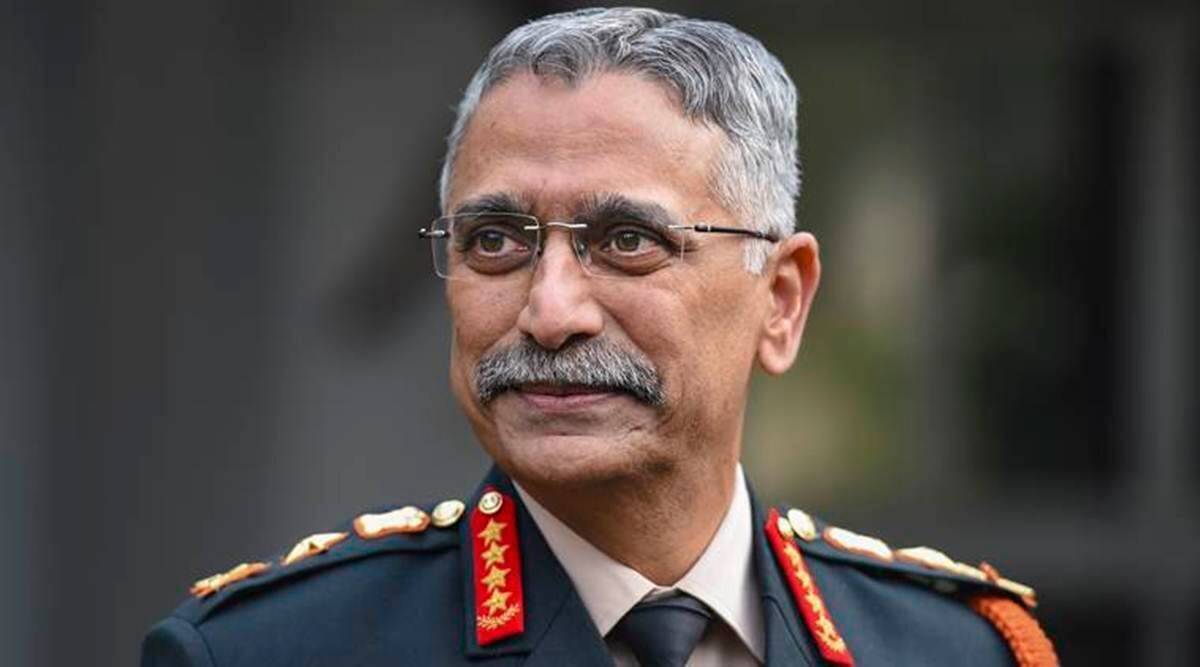 Talking about the situation with Pakistan along the LoC, M M Naravane said the renewed understanding to follow the ceasefire agreement in February worked till July, but “from the end of July, these sporadic incidents have started again. THREE INCIDENTS of ceasefire violation with a direct post-on-post fire have taken place in the last few weeks on the Line of Control (LoC), Army Chief General M M Naravane said Saturday. He said way back in 2003 too, such incidents had spiralled into regular firings, which, in effect, rendered the ceasefire agreement ineffective.

Speaking at the India Today Conclave, Naravane mentioned that while women have been allowed in the non-combat streams of the Army, they are unlikely to be allowed into the infantry, armoured and mechanised infantry in the near future.

Talking about the situation with Pakistan along the LoC, he said the renewed understanding to follow the ceasefire agreement in February worked till July, but “from the end of July, these sporadic incidents have started again. It is again following the pattern of 2003 when it started with one odd incident, and then rose to as good as not having a ceasefire.”

He said that over the last month, “we again see renewed attempts at infiltration” and have foiled “two or three” such attempts. But beyond that too, he said, “there have been three incidents of proper ceasefire violation, that is, one post firing at the other post, mostly in the area of Shamshabari Range, in North Kashmir.”

While not linking it to the changed situation in Afghanistan, the Army Chief said in the early 2000s, “definitely we had foreign terrorists of Afghan origin” in Jammu and Kashmir. “There is reason to believe that the same thing might happen once again, that once the situation in Afghanistan stabilises, we could see an inflow of these fighters from Afghanistan,” but, he said, “we are prepared for any such eventuality”.

Expressing concern about the spurt in terrorist-related incidents in Kashmir recently, he said killing of civilians was “reprehensible”. “They don’t want normalcy. It is just the last-ditch attempt to stay relevant in this scheme of things.”

On the possibility of a two-front war, Naravane said the “possibility of a collusive scenario will always be there” between Pakistan and China, but beyond the military too, “at a national, political, diplomatic level, all steps will be taken to ensure that we don’t come to a situation where we are facing two enemies at the same time.” However, in case it happens, “we have our strategies in place” and “will be able to ensure that the nation’s interests are always safeguarded.”

Speaking about the possibility of women in combat roles, he said women are allowed in all arms except infantry, armoured and mechanised infantry, and “for the foreseeable future that would remain the same, and I will not make any false promises”. It could change in the future, he said, but “we have to move slowly, and change will happen but at its own pace.”

Even as the nature of warfare is changing and technology is the focus, he said boots on ground will remain a necessity for India. “We have two unsettled borders, both on our west and our north. Although it is good to be talking about technology, the nature of unsettled borders makes it very necessary to also have boots on ground. The physical occupation of territory, to be able to stake our claim to it, and to be able to protect the territorial integrity, these necessities aren’t going away anywhere.”

He said that armed forces have to prioritise, when it comes to modernisation. The wishlist is long, but we continue to carry out a process of analysing our threat perceptions, how soon or late they could manifest.”

Talking about the threat from drones, the Army Chief said if “the tank vs anti-tank battle was the driver for technological innovation in the last century, I think drones vs counter-drone systems would be what would be the focus of all countries in the foreseeable future. We have made considerable progress in this regard.” He said that the Army has operationalised swarm drone technology on the border areas.