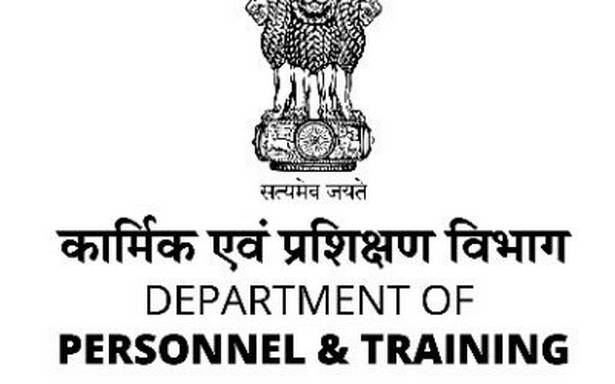 Six of the appointments are to the Ministry of Finance

The Centre on Friday recommended 31 candidates from private sector and public sector undertakings for appointment at senior and mid-level positions in various Union Ministries under the “lateral entry” programme on “contract basis”. The most number of such appointments — six — are to the Ministry of Finance.

Reservation or caste-based quotas do not apply to these recruitments. As per norms, the post of Joint Secretary, Director, and Deputy Secretary are drawn from officers belonging to the All India Service ‘Group A’ service, which includes the Indian Administrative Service (IAS), Indian Police Service (IPS) and Indian Revenue Service (IRS), among others. A Joint Secretary is the third highest ranking officer in the government.

A press statement issued by the Department of Personnel and Training (DoP&T) said that it had requested the Union Public Service Commission (UPSC) “to select suitable persons to join the Government at the level of Joint Secretary/ Director/ Deputy Secretary in various Ministries/ Departments of the Government of India on contract/deputation basis.” The request was made on December 12, 2020 and February 12, 2021.

The UPSC launched online recruitment applications in February and March.

Based on the online application forms, the UPSC shortlisted 231 candidates for the interviews. The interviews were conducted from September 27-October 8, and 31 candidates were recommended.

The last such appointments were made in 2019, when nine candidates were selected. Two resigned later.

On March 24, Personnel Minister Jitendra Singh, when asked if lateral entry into the administrative service is likely to reduce the number of reserved posts, informed the Lok Sabha, “Each post being filled is a single post in a specific domain area, and the candidates are either to be appointed on contract basis or those from State Governments, Union Territories, Public Sector Undertakings, Autonomous Bodies, Statutory Bodies, Universities etc. on deputation basis (including short term contract), who would retain lien in their parent Departments. As such, there is no question of any reduction in reserved posts for SCs, STs, and OBCs.”