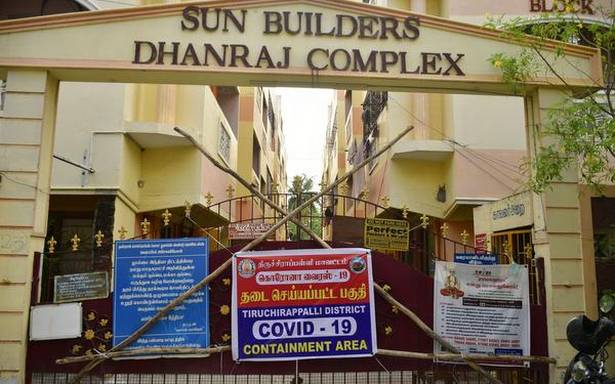 Fresh cases of COVID-19 continued to surge in central districts on Sunday with 504 patients testing positive in the region.

According to a bulletin issued by the State Health Department, Tiruchi district overtook Thanjavur in the count of fresh cases on Sunday.

As many as 150 patients tested positive in Tiruchi district followed by 136 in Thanjavur district.

In Tiruchi, more than half of the infections were reported within the city corporation limit. A total of 18 residents of an apartment in Srirangam tested positive for the virus.

To check the spread of the infection, the Corporation authorities made the building a containment zone. Sanitary workers rushed to Veereswaram in Srirangam to disinfect the apartment and other residential units in the neighbourhood.

While Nagapattinam accounted for 77 fresh cases, Tiruvarur registered 76 cases. The daily case count in Karur and Pudukottai stood at 21 and 29.