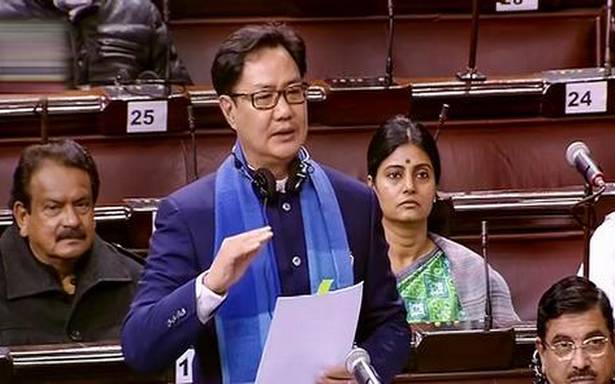 108 habeas corpus cases were pending in the Bombay High Court on Dec. 14, he tells Lok Sabha

A total of 52 petitions relating to “habeas corpus matters” are pending in the Supreme Court as on December 13, Law Minister Kiren Rijiju informed the Lok Sabha on Friday.

A habeas corpus is a writ used to challenge the unlawful detention or imprisonment of a person and protects fundamental rights.

Replying to another question on the number of cases pertaining to the “misuse of voting machines”, Mr. Rijiju denied any such possibility and stated, “The Election Commission of India (ECI) has informed that no such cases have been reported… EVMs [electronic voting machines] are fully secure due to technical and administrative safeguards.”

To another question on whether the government proposed to fix any time limit for ensuring speedy justice in the increasing cases of crimes against women, such as rapes and harassment, Mr. Rijiju said, “Disposal of pending cases in courts is within the domain of the judiciary. No time frame has been prescribed for disposal of various kinds of cases by the respective courts.”