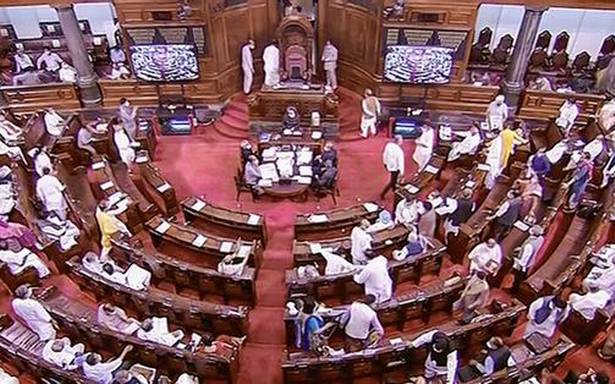 The first ever quantitative analysis of the attendance of Rajya Sabha (RS) MPs has revealed that, on an average, 78% of the members were always present in the House. AIADMK MP S.R. Balasubramaniam has attended all the 138 sittings that were studied by the RS team from 2019 to 2021, the analysis revealed.

The analysis was done on the directions of RS Chairman M. Venkaiah Naidu. Attendance details of members over the last seven sessions held during 2019 and till the last Monsoon session of 2021, a total of 138 sittings, were analysed.

The data also revealed that there were less than 2% of members who had never attended the proceedings in the 138 sittings due to illness and other reasons for which leave has been granted. The highest daily attendance of 82.57% was reported during the monsoon session.

The analysis also found that the COVID-19 pandemic did not drastically impact the attendance. Nearly 100 MPs attended the first session after the pandemic hit. They had to observe COVID-19 protocols that imposed several restrictions, including on seating arrangements, in both Rajya Sabha and Lok Sabha chambers.