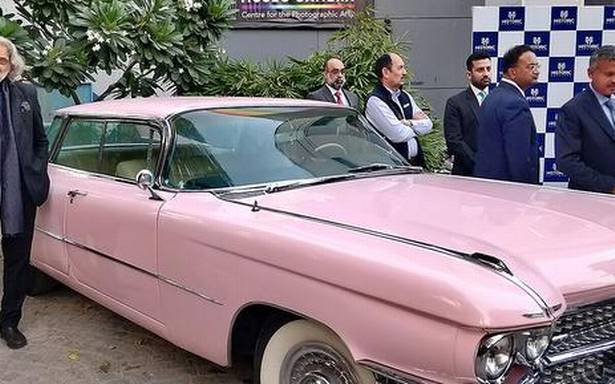 For those interested in car collection, here is an opportunity to own some rare vintage cars ranging from the 1924 Austin 7, fondly known as “Baby Austin”, and 1947 Chrysler Windsor, a luxury sedan, to an ex-Indian Army Mahindra Jeep from 1971 Indo-Pak war.

In a first-of-its-kind event in India, 20 vehicles from a bygone era, would be up for grabs in an online auction from December 3-9.

The preview for the event to be held by Historic Auction, the country’s first specialist automobile and automotive fine arts auction house, will be open to the public from November 24-27 at the Museo Camera in Sector 28 here.

Besides the cars, 15 pieces of automotive art — paintings by renowned filmmaker and artist Raja Muzaffar Ali — will also go under the hammer.

Historic Auctions chief executive officer Amal Tanna told The Hindu that the event, aimed at automotive enthusiasts and high net-worth individuals, had many firsts to boast about such as the Indo-Pak jeep with no reserve price, a Land Rover belonging to an ex-royal family of Kutch and an assurance to the winner to have the vehicle restored in a colour of their choice.

“The vehicles up for auction have a minimum reserve price, except the jeep. Of the vintage cars, the 1959 Cadillac Sedan made famous by Hollywood film Cadillac Pink has the highest reserve price in the range of ₹1 crore to 1.20 crore, but we expect it to fetch higher bids. It is an extremely unique and one-of-its-kind car in the country in this condition,” said Mr. Tanna.

The proceeds from the auction of the cars, belonging to different personalities across the country, will be donated to different foundations. While the proceeds from the Indo-Pak war jeep will be donated to Army Veterans’ Welfare Group, those from the paintings are pledged to Kotwara Welfare Trust working for the upliftment of artists and craftsmen. “The auction of paintings is open to all across the world, but the cars are only for the residents of India with restrictions on their export,” said Mr. Tanna.

Mr. Ali, speaking at a press meet for the event, said the whole journey of understanding and appreciating the old machines had come of age today and it was really a milestone in a culture when people begin to respect, value and cherish old things.

“For me these cars are not just beauties in themselves, but are full of memories. Each car for me is a story, a place and a person. It is the child inside you that makes you fall in love with a car. We need to see them with our inner eyes or they are just pieces of metal,” said Mr. Ali.