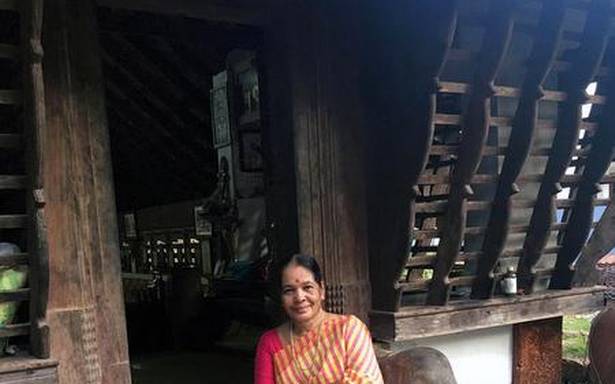 Kalaripayattu exponent and Padma Shri awardee Meenakshi Amma will play the lead role in a multilingual movie on Kalaripayattu. The movie titled Look Back is being directed by Rajan Mullaratt under the banner of Kalari Gurukulam, Bengaluru.

The movie has Kalari as its theme throughout. The 78-year-old Meenakashi Amma plays the central character Siddha. “I am delighted to have such an opportunity at this age. Kalari being my whole life, I am happy to be part of this venture,” Meenakshi Amma told reporters here on Monday.

Mr. Mullaratt, who also plays a prominent character in the movie, said very few people knew about Kalaripayattu as against other martial art forms, many of which had evolved from Kalaripayattu centuries ago. “The whole purpose of Look Back is to contribute to this ecosystem of Kalaripayattu, which is getting some attention of late, and to create awareness among the youth,” he said.

He said that having Meenakshi Amma in the movie would communicate the effectiveness of this art form. “If an elderly woman can move so flawlessly and perform such astonishing moves, it clearly sends a message about the benefits of the art form,” he said.

The plot of Look Back revolves around the state of mind of a young girl, her vulnerabilities, and her journey from an ambiguous, self-destructing personality to a mature, positive, and strong woman. The shift in the attitude of the protagonist, played by Upasana, with the help of Kalari principles is the theme of the movie.

Most of the movie was shot in Karnataka while the climax will be shot at Thacholi Manikoth and Sand Banks beach at Vadakara. Several Kalari students are part of the movie which will be released in June 2022 in Kannada, English, and Malayalam.