The trends suggest a wave in favour of Narendra Modi which took the BJP beyond 200 just an hour after the counting began at 8 am. As the trends became clear in the 543 Lok Sabha constituencies, Prime Minister Narendra Modi-led NDA is headed for a second term with a number of leads indicating a clear edge for the BJP-led ruling coalition.

The latest trends show that the NDA is leading in more than 320 seats with the BJP leading in 275 seats, close to the halfway mark.

The trends suggest a wave in favour of Narendra Modi which took the BJP beyond 200 just an hour after the counting began at 8 am. The BJP is doing extremely well in the Hindi heartland, its strong bastions, as well as in the east and in the west. Both in Odisha and West Bengal, the two states where the BJP and its president Amit Shah have focussed to expand the party’s base, it is doing well. 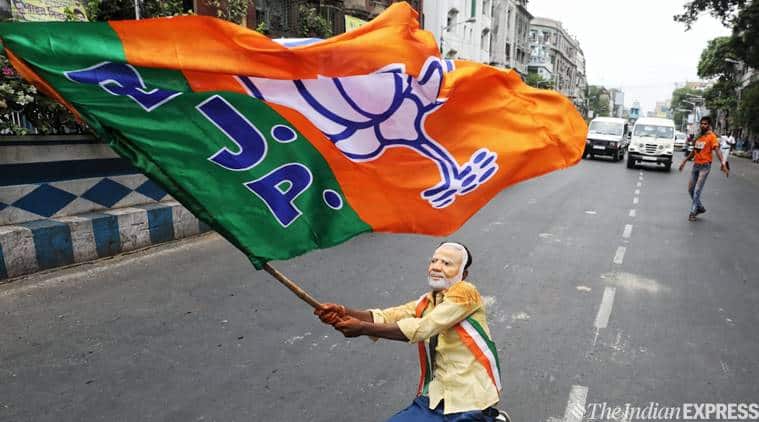 The Rahul Gandhi-led Congress’ performance appears to be dismal, with the party struggling in both Rajasthan and Madhya Pradesh, where the party has won assembly elections just four months ago.

The only relief for the Congress is Punjab and Kerala, where the party-led UDF appears to be sweeping the poll. This appears to be tandem with the party leaders’ assessment that party could do well due to the presence of Rahul Gandhi as a candidate in Wayanad.

The most disappointing for the anti-BJP camp has so far been the performance of the Mahagadbandan in Uttar Pradesh where the SP-BSP-RLD alliance was expected to give a tight fight to the BJP which won 71 of the 80 seats in 2014. Going by the general view that the party that captures Uttar Pradesh would rule India, the BJP may be heading for a landslide victory in the 2019 election. The NDA appears to be sweeping Bihar also.

The BJP is holding on to its absolute dominance in Gujarat, Rajasthan, Madhya Pradesh, Delhi and Haryana along with the hill states and is winning considerable number of seats in Karnataka, Jharkhand and Maharashtra.

However, the regional parties in the southern states appear to have contained the BJP’s race and disappointed the party leadership in its ambition to grow as a formidable force, except in Karnataka. DMK, which is in alliance with the Congress in Tamil Nadu is sweeping the state while YSRCP is ahead of TDP in Andhra Pradesh and TRS is continuing its dominance in Telangana.

In the campaign ahead of the seven-phased April-May elections, Modi has dominated the scene as the BJP focussed on his image as a strong and decisive leader and the issues of national security. In many states, the campaign took a communal turn with the BJP advocating for Hindu pride to be reflected in the voting.