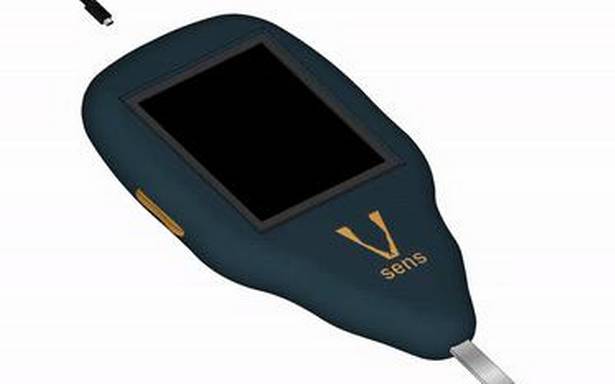 Snakebites account for around 58,000 deaths in the country annually. Despite the high rate of snakebite envenomation, India’s response to the ‘neglected tropical disease’ remain inadequate.

Oommen V. Oommen, Honorary Director of the Centre for Venom Informatics that functions at the University of Kerala, says the cocktail of such venoms could save lives, but not without exposing patients to several ailments at a later stage.

The antibodies raised against the venom of certain species could often cause severe anaphylaxis reaction in the victim.

Acute pulmonary edemas, cerebellar ataxia and uveitis are some of the complications that could follow, thereby affecting the quality of life, the former chairman of the Kerala State Biodiversity Board says.

Now, Indriyam Biologics Pvt. Ltd., a start-up incubated at SCTIMST-TIMed, a technology business incubator at the Sree Chitra Tirunal Institute for Medical Sciences and Technology, has achieved considerable success in innovating a diagnostic device that could be used for species-specific identification of snake envenomation within minutes.

Dileepkumar R., chief executive officer and founder of the company, points out the ‘V-sens’ snake venom detection biosensor could prove handy in detecting the envenomation status with a drop of the victim’s blood, similar to the use of a glucometer.

“This innovation replaces the conventional polyvalent ASV treatment method with a specific monovalent technology and helps in reducing the allergen load on the patient as well as the associated side effects,” he said.

The technology, for which doctors Jaideep Menon of Amrita Institute of Medical Sciences, Kochi and Joseph K. Joseph of Little Flower Hospital, Angamaly, have been collaborating, is set for certifications and clinical trials before it can be released for commercial use.

A database of around 300 snake species in the country, the app is available in English, Malayalam and Marathi with more, including Hindi, in the pipeline.