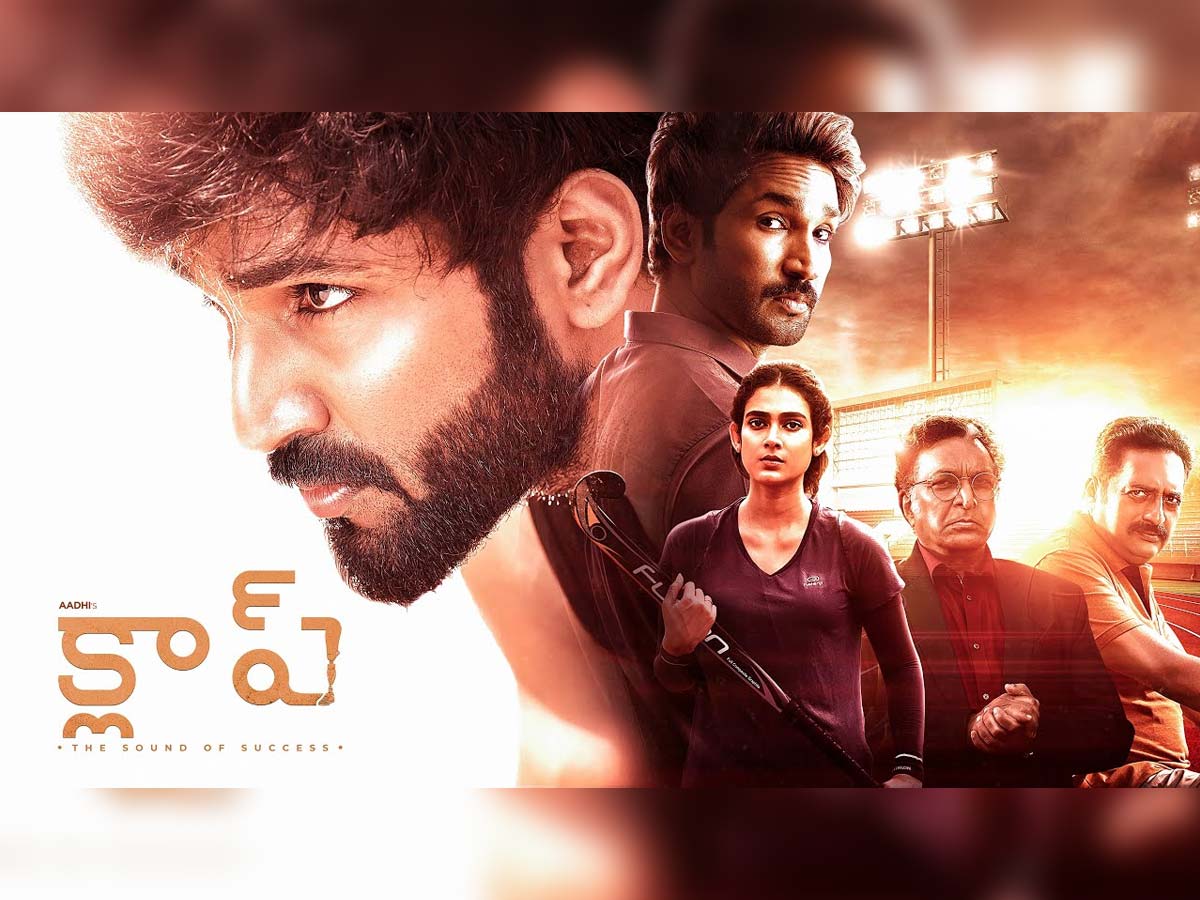 Clap is an upcoming Telugu film in which the young actor Aadhi Pinisetty is playing the lead role. He will be seen as an athlete. The sports drama Clap is being directed by Prithivi Adithya and backed jointly by Ramanjaneyulu Javvaji and M Rajasekhar Reddy under the banner of Sarvanth Ram Creations, Shri Shirdi Sai Movies whereas it is presented by IB Karthikeyan.  Today megastar Chiranjeevi launched the  teaser of Aadi Pinisetty starrer Clap.

Clap teaser shows Aadhi Pinisetty gearing up for a sprint on the track. He has anger management issues. His love track with Akanksha Singh looks fresh. Akanksha Singh is playing the role of a hockey player. Aadi Pinisetty wins a gold for his performance. But, there is a twist in the tale as he lost his leg. The movie lovers are curious to know about the story of this sports drama.

The sources close to the makers revealed that Aadhi  Pinisetty was on a rigorous training to turn into a sprinter.  Clap is a bilingual film which is being made in Telugu and Tamil.  It has the music by music maestro Ilaiyaraaja, while Praveen Kumar is handling the cinematography.

Apart from the lead pair, the sport based drama Clap also has Prakash Raj, Krisha Kurup,  Nasser, Brahmaji, Mime Gopi and Munishkanth in the crucial roles.