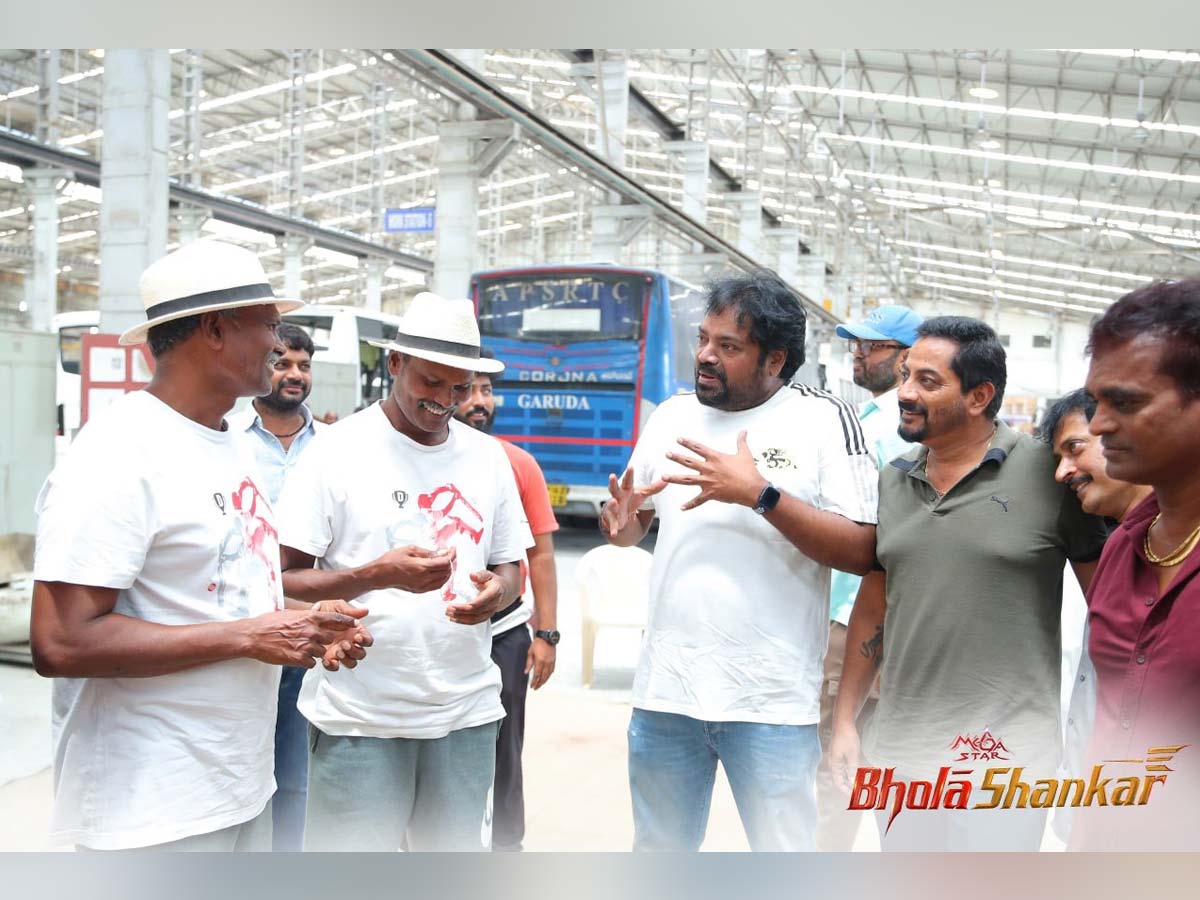 Megastar Chiranjeevi is one of the busiest personalities of Telugu Film Industry as he has a number of Telugu projects in the pipeline and one of them is Bhola Shankar. Milky Siren Tamannah Bhatia is on the board to share the screen space with Chiranjeevi  under the direction of Meher Ramesh.

Now, the latest news is that a new schedule will commence today in Hyderabad. A huge set has been erected  and  action choreographer  Ram-Laxman  has been roped in to choreograph a fight sequence in which Chiranjeevi will participate.  The makers of Bhola Shankar confirmed the same by releasing the pics of  Twitter and revealed: The MASSive Combo of Mega Chiranjeevi, Meher Ramesh & Ram-Lakshman masters are set for a Stylish Action sequence Bholaa Shankar shoot resumes from tomorrow with a Mega Massive Action Episode in a Huge Setup

National award winning actress Keerthy Suresh who was last seen in superstar  Mahesh Babu starrer action drama Sarkaru Vaari Paata,  is playing the sister of Chiranjeevi in this film which also has  Murali Sharma, Vennela Kishore, Rao Ramesh,  and others in the supporting roles.

Chiranjeevi and Tamannah Bhatia starrer Bhola Shankar is produced by AK Entertainments and has the music by Mahati Swara Sagar.