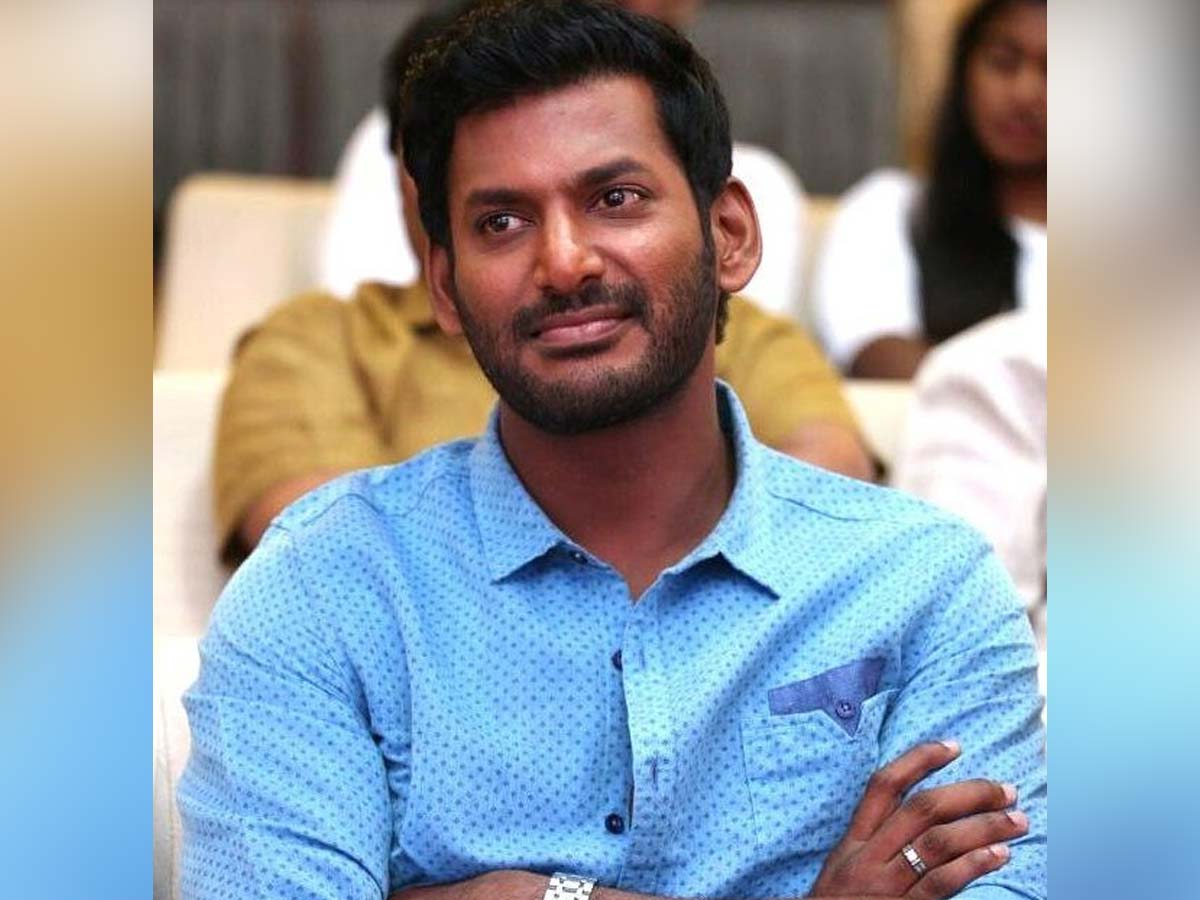 Vishal is currently working for an upcoming film Laththi, which is one of the much hyped movie of Kollywood. It is being made in Tamil and Telugu. Sunainaa is playing Vishal’s wife in the film. The sources close to the makers revealed that, “In Tamil Nadu, there are over 1.2 lakh police constables. For most of these people, the only simple weapon available is Lathth’. This  upcoming film Laththi  will speak about the significance of that weapon.

In Laththi, Vishal is playing the role of a constable and the father of a 7 years old boy. The movie is on the verge of the completion.

We have already reported that few days ago, Vishal had sustained an injury to his leg while shooting for an action sequence, leaving the unit no other option but to cancel the shoot for the day.

The actor Vishal had sustained multiple hairline fractures while shooting for some high voltage  action sequences for the climax portion. The fight sequences are being choreographed by stunt master Peter Hein, which is said to be one of the major highlights of Laththi .

Vishal starrer is directed by A Vinoth Kumar and is bankrolled by Ramana and Nandha under the banner of Rana Productions.