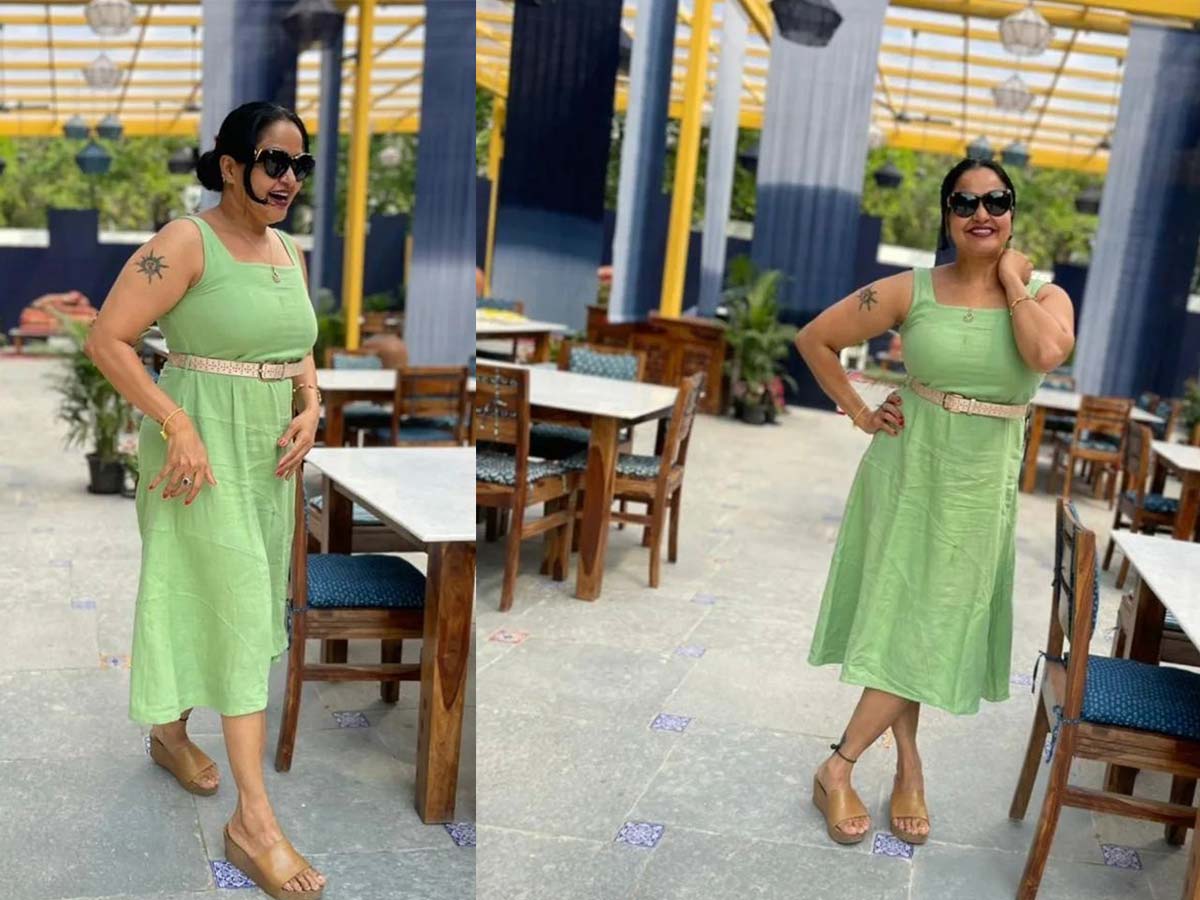 First Lock Down proved that there are more angles in Pragati. Posting bike riding videos, doing hot hot steps to mass songs, doing beauty workouts in the gym was something no one expected from pragathi but everyone was shocked to see those.

Pragati, who acted as a heroine in many Tamil films at the beginning of her career, could not be a big success. With that she could not stand as a heroine for a long time. She became an assistant actress with the movie ‘Bobby’ starring Mahesh Babu as the hero. Since then she has progressed in supporting roles as mother, comedy aunt and aunt in movies.

Pragathi posted a video of her cat walking around to show off her waist beauty. It also revealed the bold angle in her. Her latest photos are going viral on social media. Take a look at them yourself: