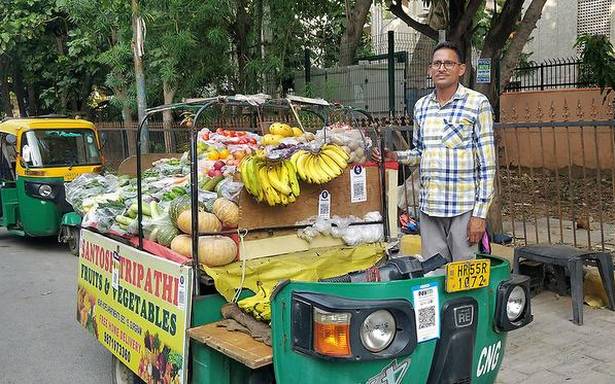 Faced with questions on survival, people engaged in various jobs experimented and innovated for the “new normal”. In 2021, we see the fruits as many have managed to overcome hurdles and remain afloat.

Sex workers were, perhaps, among the worst-hit. But the practitioners of the world’s oldest profession have gradually embraced technology over the past year to overcome the economic hardship caused by the contagious nature of the novel coronavirus.

While the nature of their work remains mostly the same, many sex workers and their clients in Delhi have, given the circumstances imposed on them by the virus, taken to video and phone calling for business.

“This change happened right after the national lockdown last year. We were getting negligible to no clients since people feared getting infected by COVID due to what we do for a living and a significant proportion of the social class we cater to had migrated back home,” said *Jyoti, a “virtual sex worker”.

Associated with the trade for seven to eight years, Ms. Jyoti said she now worked over the phone from an office with five to six other professionals like her. Though the fee is less compared to what was charged offline, it happens to be their sole means of sustenance.

Delhi’s red-light district on Garstin Bastion (GB) Road, officially called Shradhanand Marg, with an estimated 68 kothas (brothels) and around 5,000 sex workers, has borne an increasingly debilitating brunt due to the ongoing pandemic.

A large number of the professionals remain put despite earnings slashed by as much as 75%. Some have reportedly left for their hometowns while others have branched out becoming either “domestic sex workers” who invite patrons’ homes or into the virtual realm.

“I go to an office with a few other girls where clients connect with us over the phone or video calls. It’s mostly video calls. Old clients are among the ones we serve the most, but we also get new ones. Sometimes people default on making payments, so we make it a point to receive the digital payment first,” she added.

“In fact, these old clients and NGOs have helped us survive over the last year, not any government. Our old clients sent money without even being asked for help and NGOs helped us with food. All we got from the government was 4kg of bad quality wheat,” Ms. Jyoti complained.

Thousands of autorickshaw drivers, mostly migrants, across the National Capital Region too were badly impacted due to COVID-induced lockdown last year and the continued closure of offices, schools, and scaled-down operations of metro services and trains till date.

Though many left for their hometowns, a few took up odd jobs to survive. But a few like, Santosh Tripathi from Gurugram, thought innovatively to turn their autorickshaws into mobile vegetable carts. More than a year later, Mr. Tripathi does not regret his decision.

“Two of my brothers also worked as autorickshaw drivers before the pandemic hit. But they were reluctant to adapt to the changed circumstances. They have gone back home hoping to return after the things become normal,” said Mr. Tripathi.

But it was not easy for Mr. Tripathi to adapt to the new way of life.

“I drove around for two days after the lockdown was lifted last year but it was hard to find a passenger. Since I had earlier worked as a vegetable vendor, I decided to return to my old work. I contacted my old customers in the group housing societies in Sector 15 Part-II and started selling the vegetables,” said Mr. Tripathi. He may not be earning much, but it is enough to sustain his family of four. “It is difficult to know what lies ahead, but after this experience I am prepared to face come what may,” sighed Mr. Tripathi.

The past year has also seen the shutting down of many saloons across the National Capital Region, rendering countless hair-dressers jobless. Many of them have now registered themselves with the apps offering life-style services to tide over the crisis.

“Saloon owners were also among those impacted by the pandemic,” said Shahzad Ahmad, who shut his decade-old saloon in HUDA Market Sector 5 last year during the lockdown.

For the first few months of lockdown, Mr. Ahmad paid the shop’s rent — around ₹40,000 per month — and salary to his staff of four but soon realised that it was unsustainable.

“Meanwhile four saloon shops in the market area were also shut. I soon realised that I need to adapt to a new way of doing things. Since customers were scared to return to saloons, we needed to reach out to them at their homes. I then registered myself with an app for saloon services,” said Mr. Ahmad.

A year later, Mr. Ahmad earns almost at par with his earnings before the pandemic. “Initially I had difficulty in adapting to the new way of working. I had support staff for cleaning earlier, but now I need to do it on my own. But I have learnt it,” said Mr. Ahmad, proudly proclaiming that he was among those with the highest rating on the app.