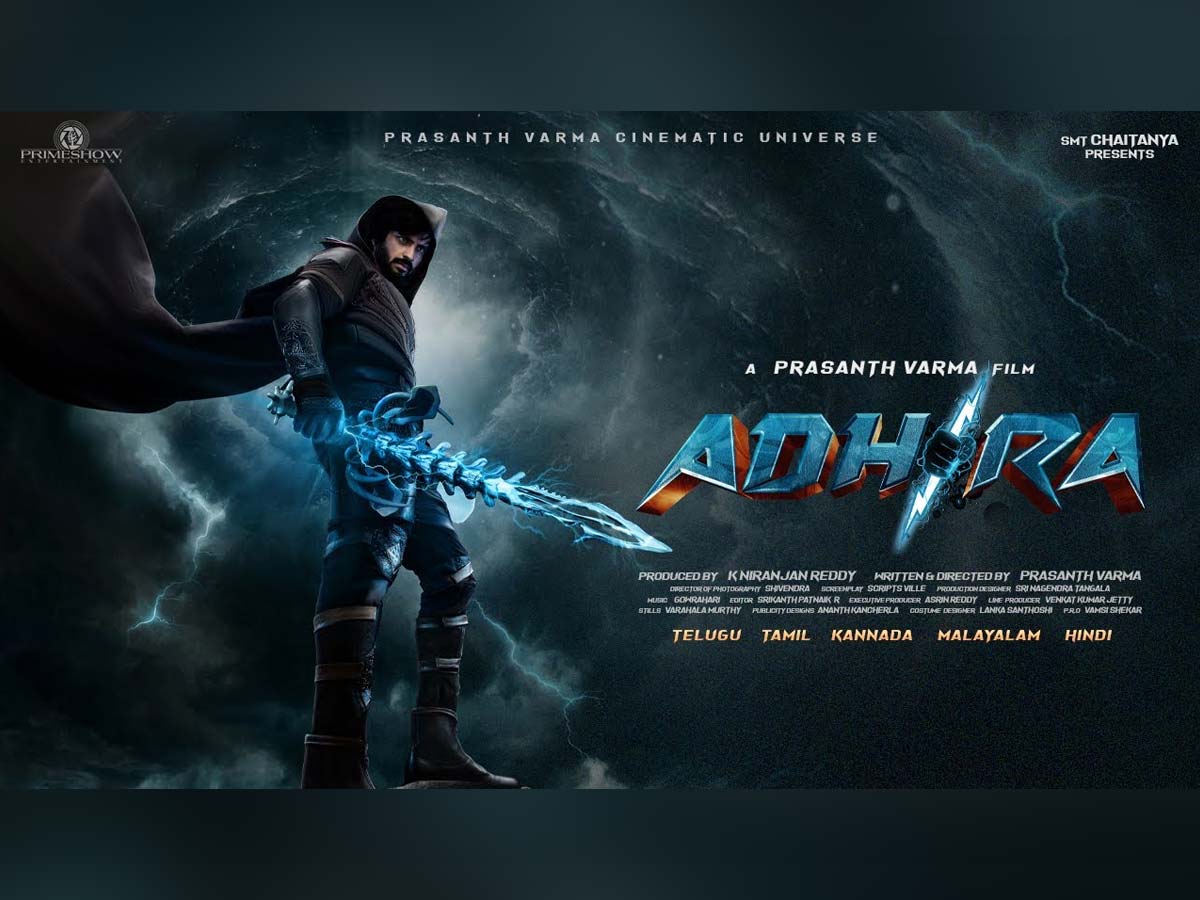 We have already reported that DVV Danayya’ son Kalyan is making his acting debut in Telugu film Industry with an upcoming film Adhira which is helmed by Prasanth Varma of Kalki and Awe fame. K Niranjan Reddy who is presently making Hanu-Man with the director Prasanth Varma is producing this new movie. Today, team RRR- Rajamouli, Ram Charan and Jr NTR launched  Adhira first strike. The title logo sees ‘I’ is designed in such a way that a hand holds a lightning bolt.   The young actor Kalyan looks fierce, as he holds a backbone shaped weapon.

Adhira first strike presents Kalyan as a superhero with superpowers. Holding a weapon in backbone shape, he is seen creating a thunderstorm.

After watching the first strike, one of the netizen wrote: Prashanth varma cinematic universe back Hanuman now Adheera. He is changing the industry by making tollywood superheroes to a new upper level. Another user wrote: May be the first movie in Telugu Industry with such concept. No doubt it’s gonna break barriers of what a regional industry can make. All the very best Prashanth Varma. Another netizen wrote: Finally India Building a Cinematic Universe

Kalyan starrer Adhira will go on floors, after  the release of Hanu-Man which has Teja Sajja in the lead role.