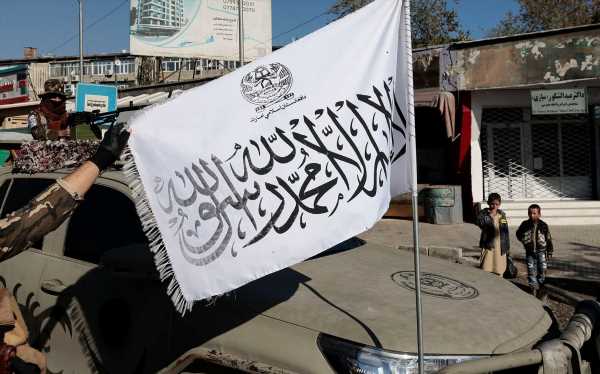 The alacrity with which regional States responded to Delhi’s invite signals that expectations are high regarding an Indian role in the efforts to stabilise the situation in Afghanistan, observes Ambassador M K Bhadrakumar.

India’s initiative to host a regional conference on Afghanistan in New Delhi on Wednesday, November 10, has received a good response.

The initiative by India’s National Security Advisor Ajit Doval is seen as a marked departure from the Indian strategy hitherto that has been so far closely aligned with that of the United States, and to instead work with the regional States, for the region, by the region.

The parameters will largely depend on the regional States’s assessment of the situation in Afghanistan.

There are divergent opinions among Indian analysts and a pervasive scepticism about the Taliban government.

It’s apparent that a vicious circle is in play — punish the Taliban and make it all but impossible for it switch tack from resistance to governance, and then raise alarm that conditions are deteriorating.

The Western conspiracy to deny the Taliban government access to the resources necessary to engender stability in the country betrays negative mindset.

To be sure, there is deep uncertainty in Afghanistan.

But a silver lining is that after two decades, the country has got rid of foreign occupation.

Now, isn’t that worth preserving?

The starting point for the discussions on Wednesday should be a regional consensus that Afghanistan should remain a neutral country with no foreign contingents on its soil.

The Moscow-led CSTO, the principal provider of security for the Central Asian region, maintains military bases in Tajikistan and Kyrgyzstan and is prepared to counter threats such as illegal immigration, religious extremism and drug trafficking.

China shares these interests too, as Central Asia is historically, culturally and economically tied to the Xinjiang region.

The geopolitical trends are overall positive, notwithstanding the growing strife between the US and Russia and China.

Broadly, US influence and credibility has plummeted in the region while on the other hand, the centrifugal tendencies within the Western alliance have exacerbated following Washington’s chaotic withdrawal from Kabul in August.

The US’ allies are barely suppressing their fury and disgust.

This will affect any Western intervention in Afghanistan in the near term, and that’s for the good of the region.

Admittedly, there are negative factors at work in regional politics, but that said, Chinese and Indian interests do not necessarily clash in Afghanistan, and another turf war between India and Pakistan is not inevitable.

The bottomline is that stabilisation of the Afghan situation is in everyone’s interest.

Given their congruent interests, Russia and China are coordinating the positions of regional powers so as to avoid a clash of interests in Afghanistan.

Significantly, Iran has prioritised Afghanistan’s security and stability, while Uzbekistan and Turkmenistan are willing to find common ground with the Taliban.

Indeed, Tajikistan has some reasons of its own to adopt a tough stance towards the Taliban, but Dushanbe also maintains cooperation with China and Russia, which will likely be strengthened.

Clearly, therefore, the Western prognosis that a vicious geopolitical struggle is erupting on the Afghan landscape is rather far-fetched and is aimed at fuelling anxieties.

It is from such a perspective that the Delhi conference should weigh in the future scenarios.

A good starting point will be that there is no scope for liberal democracy in Afghanistan.

This must be understood when we speak of ‘inclusive’ government in Kabul.

Second, there is a good possibility that with the passage of time, the Taliban government will create a relatively effective system of management, containing the crisis in the country, maintaining unity and suppressing the opposition.

Afghans have a way of getting their act together finally.

Their concept of time and space is simply different.

Third, the dialectic between ‘moderate’ and ‘hardline’ Taliban factions should not be exaggerated.

A well-informed American expert said recently that the US wasted some $1 billion in futile attempts to split the Taliban.

Therefore, visualise that the Taliban government weakens or disintegrates. What happens thereafter?

Certainly, it will be a dangerous scenario that can potentially affect the entire region surrounding Afghanistan one way or another.

In such a scenario, it is entirely conceivable that enclaves controlled by international terrorist structures might arise in Afghanistan (as happened in Syria or Libya). Who stands to gain? A weakening of the Taliban government can lead to disintegration of the already fragmented country, with violence localised within its borders, but with domino effect on the Central Asian States.

In this case, two parallel conflicts may develop: The confrontation between the ethnic minorities of the North and the Pashtuns of the South, as well that between the Sunnis and Shia Hazaras.

That is to say, the conflict will become structurally more complex and Russia, China, Iran and Pakistan may get sucked into it.

Simply put, the Tehran-Islamabad coordination becomes crucial and Moscow and Beijing should also align the interests of regional states to preclude any external intervention.

In a worst case scenario, if the Taliban collapses, some breakaway factions may get radicalised and Afghanistan may turn into a safe haven for terrorist and extremist organisations from Central Asia and China.

It may strengthen the Islamic States’ presence and the return of al-Qaeda.

However, the chances are that the favourable scenario will most probably play out, current threats arising from the Afghan situation will persist at first but will dwindle in the coming years.

But, that said, as Eleanor Roosevelt once put it, ‘The future is literally in our hands to mould as we like. But we cannot wait until tomorrow. Tomorrow is now.’

The criticality of avoiding anything that weakens the Taliban government — despite all its flaws and deficiencies — cannot but be underscored.

A vicious campaign is under way that the Taliban lacks the capacity to counter the ISIS.

This is a diabolical campaign to spread seeds of despondency.

The judicious counter to such malice should be to strengthen the Taliban government.

The Delhi conference should reject the Western thesis of apocalypse and instead think positively and endeavour to focus attention on the ways and means of preventing the erosion and collapse of Afghan tate structures.

This should be the topmost priority at the moment — humanitarian aid, cadre-building, security assistance and so on.

Fortuitously, almost all the countries attending the Delhi conference are members of the Shanghai Cooperation Organisation (SCO).

Interaction and cooperation with the Taliban government on a bilateral and multilateral basis must be promoted, particularly within the SCO and its Regional Anti-Terrorist Structure (which India is heading through the coming 3-year period.)

Quite obviously, the alacrity with which the regional States responded to Delhi’s invite signals that expectations are high regarding an Indian role in the ongoing regional efforts to stabilise the situation in Afghanistan.

The onus is on India to do everything possible to prevent present uncertainties from cascading and leading to anarchical conditions.

It is both a challenge and an opportunity for India.

Ambassador M K Bhadrakumar, who headed the Pakistan-Iran-Afghanistan desk at the ministry of external affairs in the 1990s, served the Indian Foreign Service for 29 years.