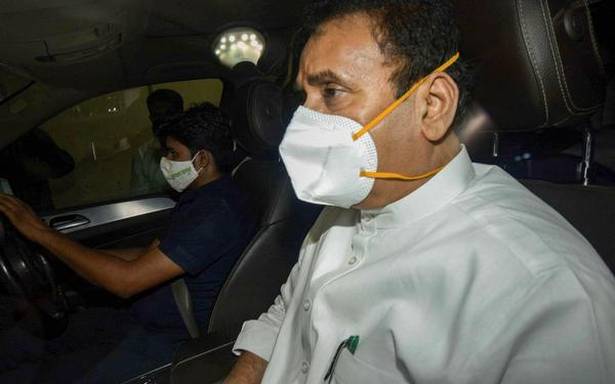 Former Home Minister of Maharashtra Anil Deshmukh was arrested by the Enforcement Directorate (ED) on charges of corruption and money laundering.

On Monday, Mr. Deshmukh appeared before ED and was questioned for 12 hours by the Central Agency.

On October 29 the Bombay High Court had rejected Mr. Deshmukh’s plea to quash the summons against him by the ED.

On June 25, 2021 ED carried out a search at the residence of Mr. Deshmukh and his son and issued summons against him, requiring him to remain present on an assigned date. Subsequently, two more summons were issued on June 28 and July 2. On all the three occasions Mr. Deshmukh sent his authorised representative with a written reply. On July 30, the ED sent a fourth summons and then the agency issued an order of provisional attachment on July 16, 2021.”

The case dates back to March 20, 2021 when former Mumbai police commissioner Param Bir Singh wrote a letter to the Chief Minister Uddhav Thackeray alleging Mr. Deshmukh of abusing his position and powers to seek illegal monetary benefits. The letter alleged instances of Mr. Deshmukh directing suspended police officer Sachin Vaze and others to collect ₹100 crores from bars and restaurants over a month.

On April 21, an FIR was registered against Mr. Deshmukh under section 120 B (criminal conspiracy) of the Indian Penal Code and Section 7 (public servant taking gratification other than legal remuneration in respect of an official act) of the Prevention of Corruption Act.