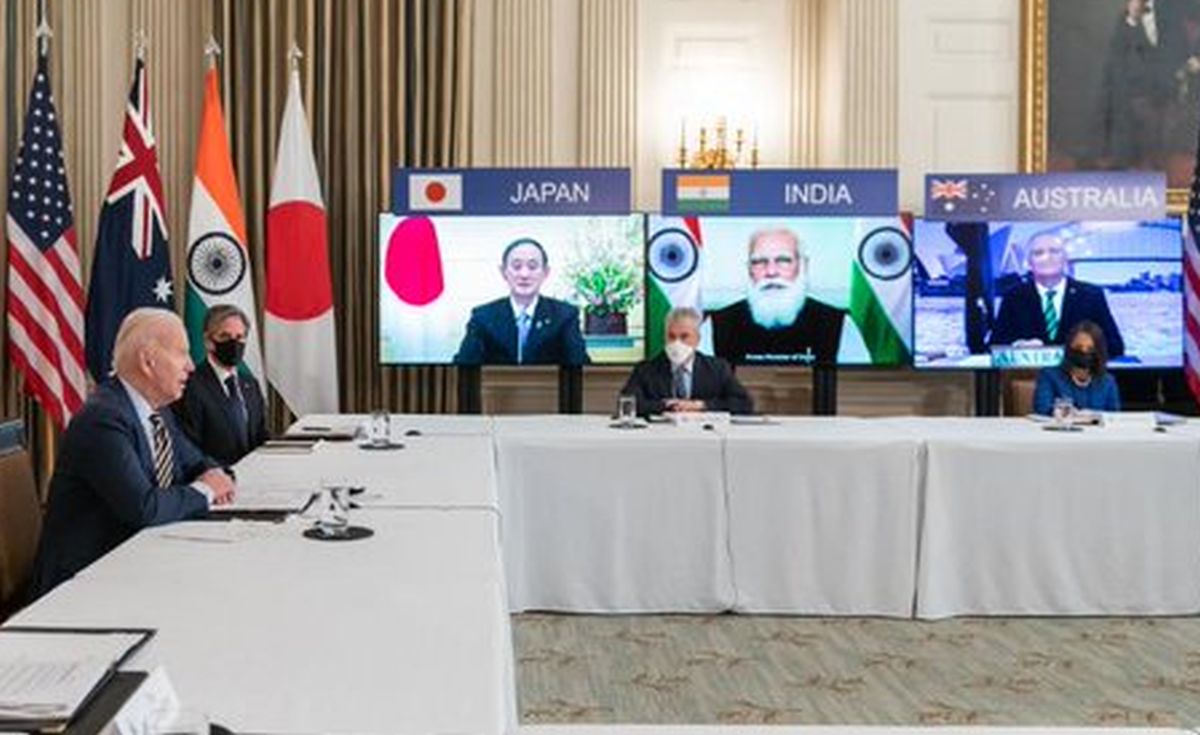 US Vice President Kamala Harris would host a separate meeting with the prime ministers of three Quad countries — India, Australia and Japan — at the White House to discuss with them the important factors for democracies to go forward, officials said.

President Joe Biden will host the three prime ministers — Narendra Modi,  Scott Morrison from Australia and Yoshihide Suga from Japan — for the first-ever in-person meeting of the Quad leaders in the East Room of the White House on Friday afternoon.

“After the meeting with President Biden, the Quad members will meet with Vice President Harris for a detailed discussion on basically the capacities associated with resilience in each of our countries and compare notes on what we think is important as democracies go forward,” a senior administration official said.

“I expect that the dialogue among the four leaders will take a good part of the afternoon tomorrow. There will be time for a bilateral meeting between Prime Minister Suga and the President,” the official said, adding that there will be another session with Dr Jill Biden, the First Lady.

“Those sessions, frankly, are designed to be free-flowing. I think the President has indicated that he doesn’t want to necessarily put an artificial stop to them. I think he wants to let them have sort of a natural progression, ” said the official.

These will be substantial engagements, and we’ve worked closely with our Quad friends on all the issues associated with the various details more generally,” the official said.

In March, President Biden hosted the first-ever summit of the Quad leaders in a virtual format that vowed to strive for an Indo-Pacific region that is free, open, inclusive, anchored by democratic  values and unconstrained by coercion, sending a message to China which has been behaving aggressively in the region.

In November 2017, India, Japan, the US and Australia gave shape to the long-pending proposal of setting up the Quad to develop a new strategy to keep the critical sea routes in the Indo-Pacific free of any influence.

Known as the ‘Quadrilateral Security Dialogue’, the representatives for the four-member nations — US, India, Australia and Japan — have met periodically since its establishment in 2007.

The evolving situation in the strategically vital Indo-Pacific region in the wake of China’s aggressive muscle-flexing has become a major talking point among leading global powers.

China is engaged in hotly contested territorial disputes in the South and East China seas. Beijing has also made substantial progress in militarising its man-made islands in the past few years. Beijing claims sovereignty over all of the South China Sea. But Vietnam, Malaysia, the Philippines, Brunei and Taiwan have counterclaims. In the East China Sea, China has territorial disputes with Japan.

Both maritime areas in the South and East China seas are rich in minerals, oil and other natural resources. The South China Sea is also a vital commercial gateway for a substantial portion of the world’s merchant shipping. Thus it is a vital economic and strategic sub-region of the Indo-Pacific region.