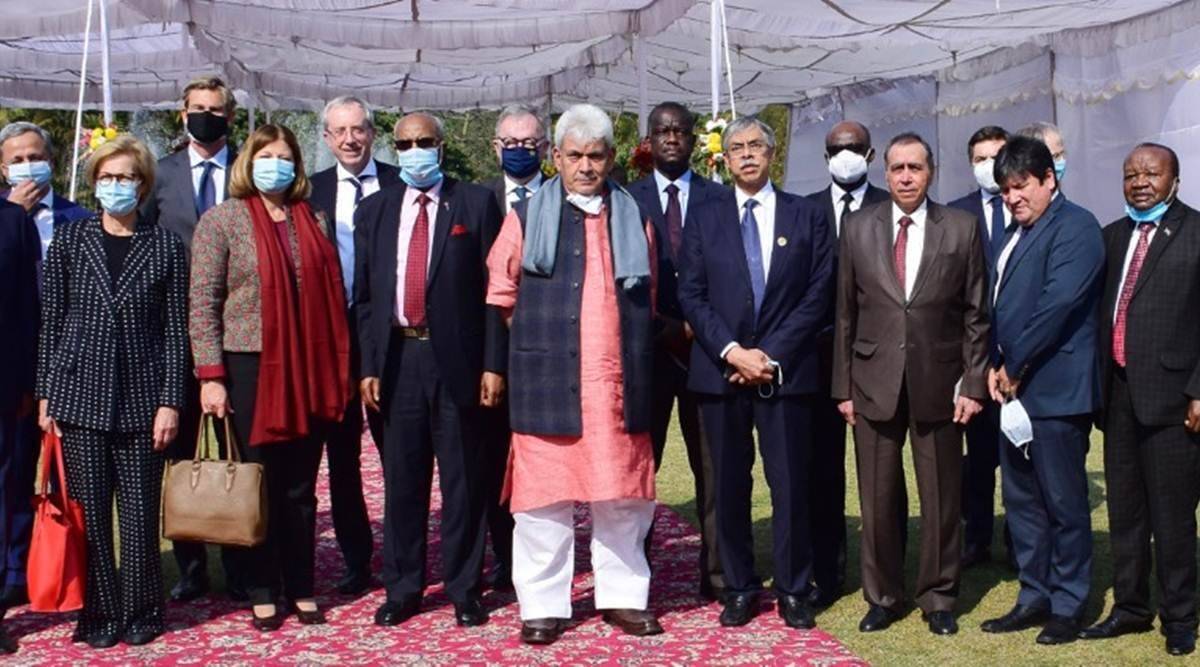 During their visit to J&K, the envoys met civil and military authorities, some leaders elected in the recent District Development Council elections, and selected civil society representatives, the spokesperson said. 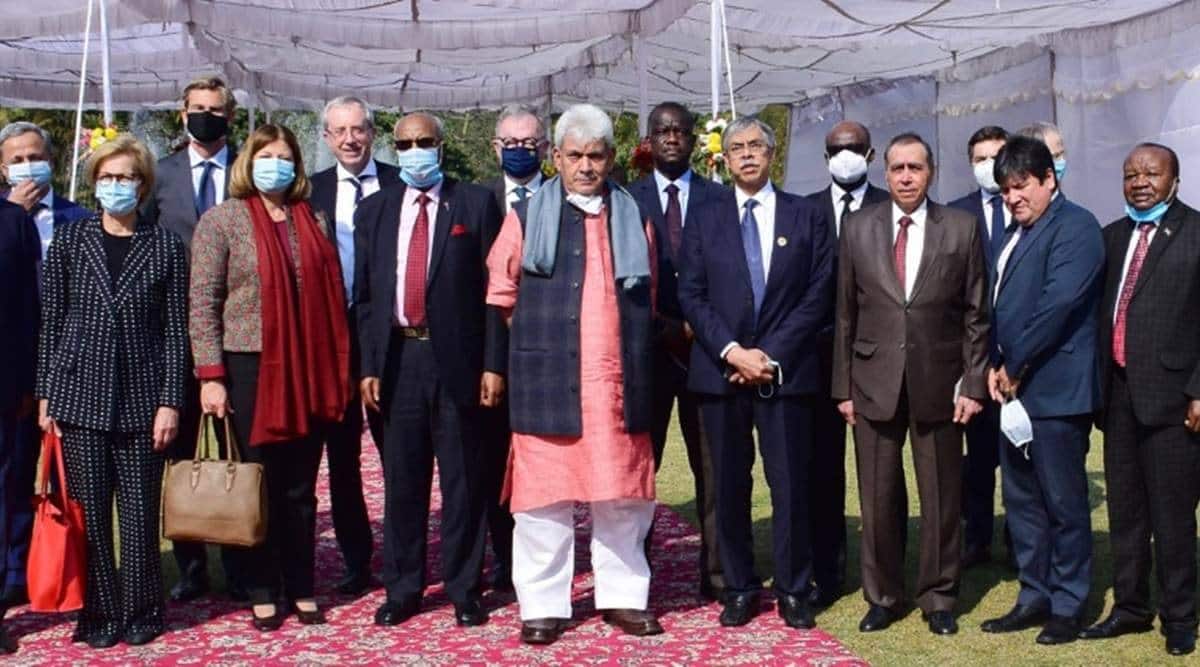 After the third visit of envoys to Jammu and Kashmir organised by the Indian government, the European Union has said it looks forward to “early organisation of the Legislative Assembly elections”. This is the first time that the EU has flagged the issue of early polls in the region.

EU Ambassador to India Ugo Astuto apart from envoys of several EU member states were part of the group that visited J&K on February 17-18, on the invitation of the Ministry for External Affairs.

Besides revoking J&K’s special status under Article 370, the government had bifurcated the state into two Union territories in August 2019. Political parties, including the National Conference and People’s Democratic Party, have been seeking restoration of statehood to J&K and holding of Assembly polls.

In response to questions from The Indian Express, an EU spokesperson in Brussels said Friday, “We look forward to a number of other important steps to be taken in the political and economic sphere (in J&K), including the early organisation of the Legislative Assembly elections.”

During their visit to J&K, the envoys met civil and military authorities, some leaders elected in the recent District Development Council elections, and selected civil society representatives, the spokesperson said. However, they did not get to meet senior leaders like former chief ministers Omar Abdullah and Mehbooba Mufti.

“We have taken note of recent steps such as the elections to District Development Councils and the resumption of 4G Internet services. The right to freedom of expression online and offline is a key value for all democracies,” she said. The spokesperson added that the visit gave an opportunity “to see the situation on the ground and interact with local interlocutors, as part of the EU’s outreach to all stakeholders”. “We look forward to continuing our dialogue with India on this.”

The visit to J&K came ahead of a possible trip by Prime Minister Narendra Modi to Portugal in May for an India-EU summit, which was scheduled to happen last year in Brussels but was cancelled due to the pandemic.

The government had organised the first trip of envoys to J&K in January 2020, in which the ambassadors of EU states did not participate. However, they were part of the second trip, organised in February 2020, including Ambassador Astuto.

While later the EU spokesperson had said that the visit “confirmed that the Government of India has taken positive steps to restore normalcy”, she had added that strictures on communications and political leaders were a matter of concern. “While we recognise the serious security concerns, it is important that the remaining restrictions be lifted swiftly,” the spokesperson had said.

At the time, Internet services were curbed in the state while Omar and Mufti continued to be under detention, along with other leaders.

Earlier, in December 2019 too, the EU had expressed concerns over restrictions on the “fundamental freedom” of people in Kashmir. Astuto had said the EU understood India’s security concerns, but steps should be taken to restore normalcy, adding the bloc’s views on the matter remained unchanged since August that year, when Article 370 was abrogated.

The remarks came two months after 27 members of the European Parliament — most of them from far-right parties — visited Kashmir, again on a government-facilitated trip. The EU had distanced itself from that trip, and said it was not an official visit.

The group visited Srinagar, Budgam and Jammu. The MEA said that in Budgam, the envoys participated in ‘Block Diwas’, an initiative by the local administration, providing them an opportunity “to hear directly from the general public and local people’s representatives on the functioning of empowered grass-root democratic institutions”. The ministry said the meetings in Srinagar and later Jammu included elected representatives of Urban Local Bodies, DDCs and Block Development Councils, representing various parties across Kashmir, as well as local business leaders, officials and media. The envoys also visited the Hazratbal shrine.

On Thursday, the envoys received a briefing on the prevailing security situation.

“The visiting envoys were also made aware of the New Industrial Policy of J&K and were invited to take part in the economic growth and development of the Union territory,” the MEA said. 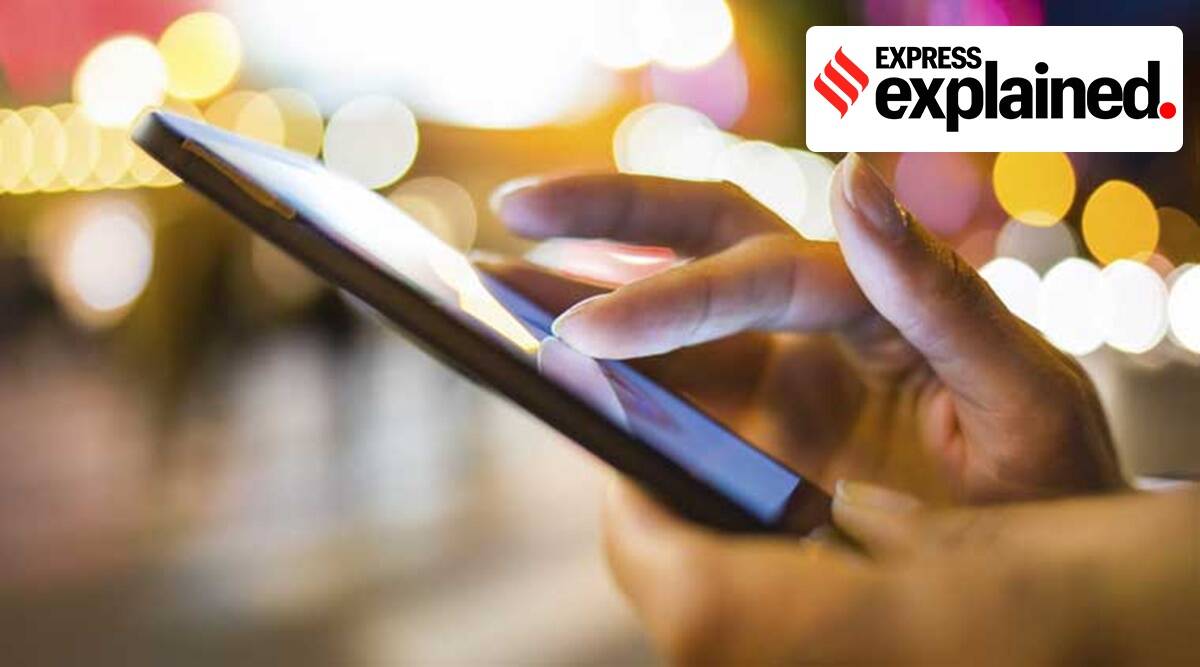 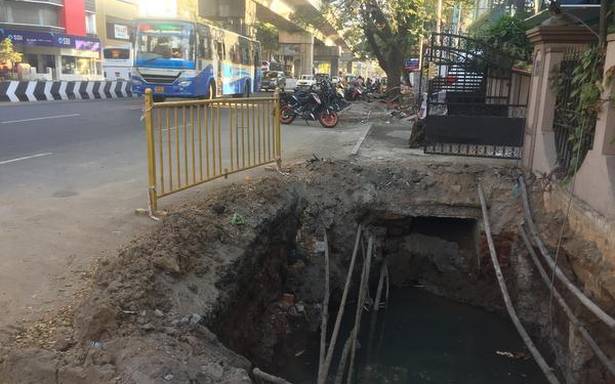