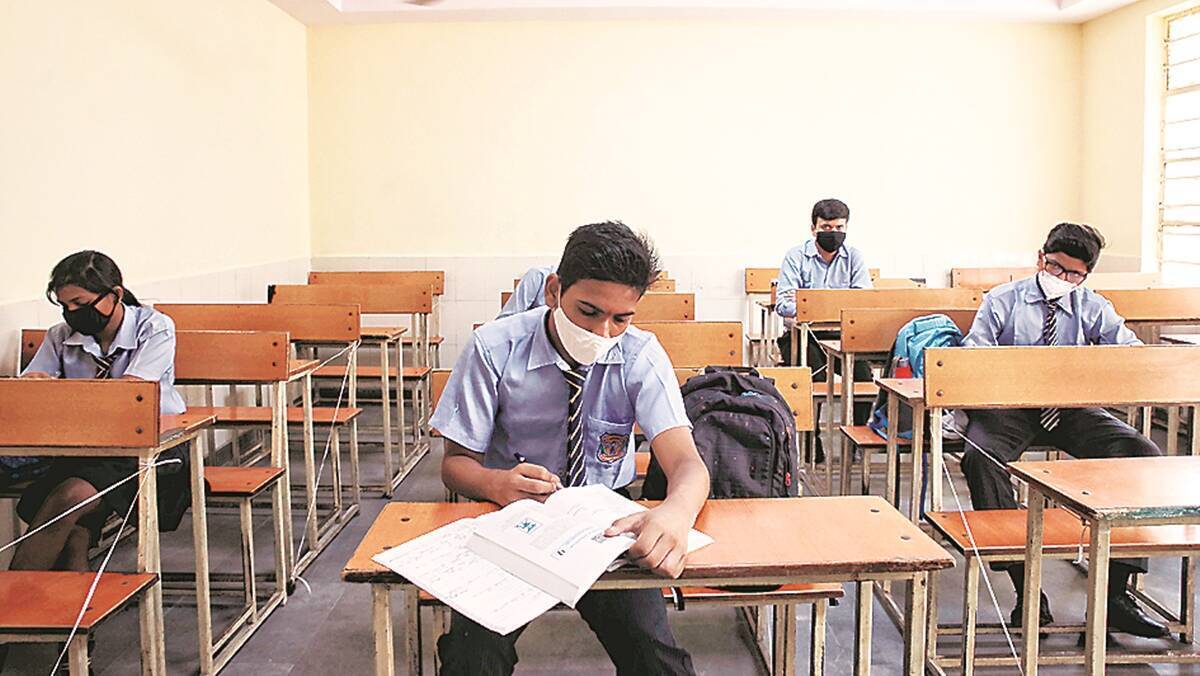 The shortage has arisen following mass promotion of Class 10 students by the Gujarat Secondary and Higher Secondary Education Board (GSHSEB) this year due to the Covid-19 pandemic. EVEN AS the Gujarat government plans to restart classes for students of Class 11, the state Education Department is staring at a huge deficit of classrooms to accommodate nearly 80,000 students.

The shortage has arisen following mass promotion of Class 10 students by the Gujarat Secondary and Higher Secondary Education Board (GSHSEB) this year due to the Covid-19 pandemic.

As per the data accessed by The Indian Express, there is a shortage of over 3,000 classrooms as calculated and submitted to the education department by each district.

Further, the data revealed that 20 districts have a total shortage of infrastructure as well as teaching faculty for nearly 78,000 students. Against a total student capacity of 3,64,848 for Class 11 in 20 districts, as many as 4,41,924 Class 10 students were mass promoted. Therefore, there is a shortage of classrooms to accommodate these additional students.

Among the 20 districts are Dahod, Banaskantha, Panchmahals, Mehsana and Kheda with the highest shortage reported from across the state. Also, most of these districts are those that have reported the lowest pass percentage in March 2020 Class 10 state board examinations.

While Dahod recorded the lowest overall pass percentage of 47.47 and has been reporting among the lowest results for last three years, Panchmahal recorded 51 per cent and Kheda 56 per cent.

“If Class 9-12 are reopened, the school principals have to make their own arrangements which include running schools in shifts and implementing odd-even formula for students. The education department has allowed schools to opt these solutions to make up for the shortage of classrooms,” said district education officer (DEO) Dahod Kajal Dave on the arrangements made to fill the gap.

Dahod has the highest shortage of infrastructure for over 8,600 students.

“Keeping this classroom shortage in mind due to mass promotion we have been allowed to admit till 75 students in one classroom. This is an increase from existing highest upper limit strength of a class of 66 (60 with additional 6 students as authorised to the school by the district education officer),” said Panchmahal DEO B S Panchal.

Though the schools have been allowed to accommodate 75 students in one classroom, looking at the existing infrastructure with schools this seems not feasible on ground. For instance, a classroom that is already stretched to its limit, there is no scope of accommodating more students.

Further, Panchal said, “If problem arises, we can hold Class 11 and 12 in schools where there was no such provision earlier and the school was only till Class 10. Also, schools are allowed to apply for adding classrooms for only one year.”