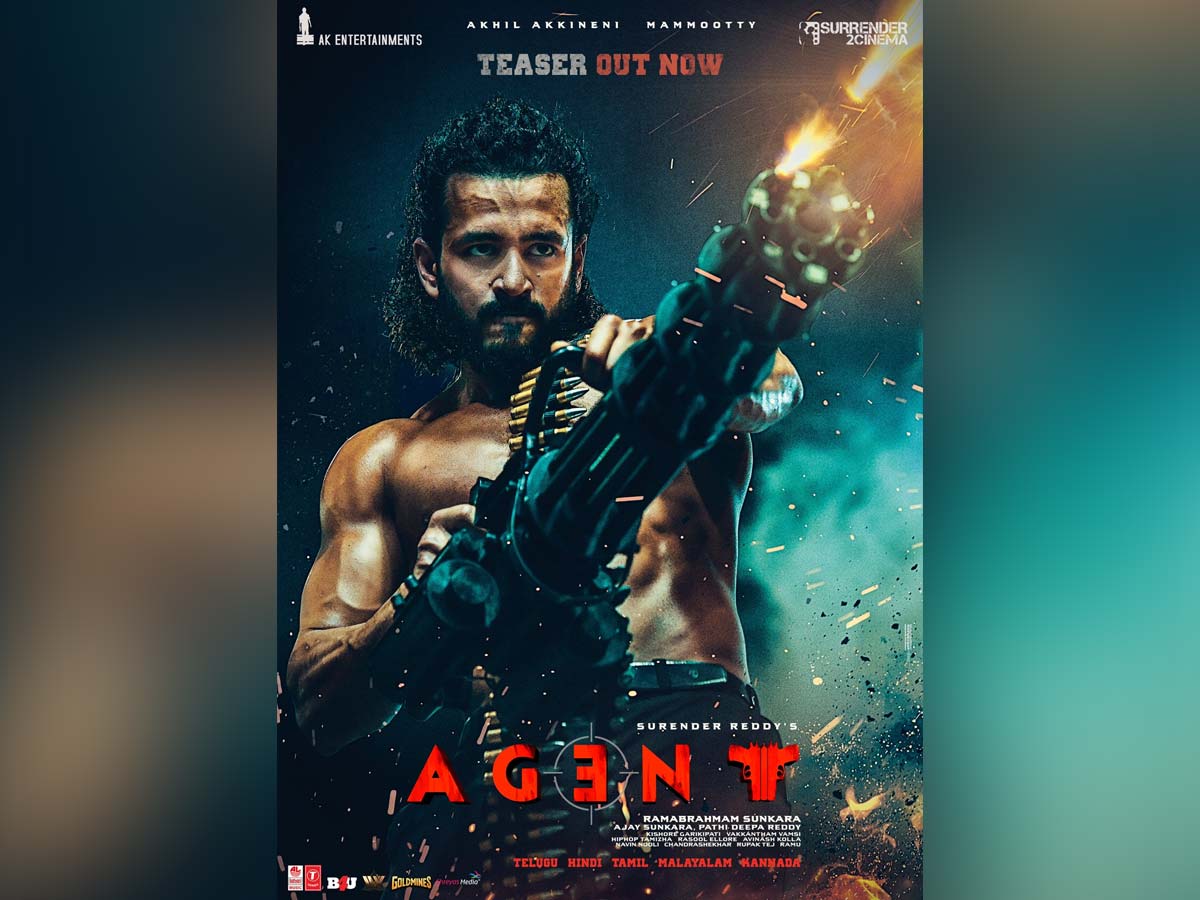 Akhil Akkineni is now coming up with a spy thriller drama Agent to enthrall the movie lovers. Agent helmed by Surender Reddy who is best known for helming megastar Chiranjeei starrer historic drama Sye Raa Narasimha Reddy, Agent is one of the much hyped movies of Tollywood. Superstars Siva Karthikeyan and Kichcha Sudeep came together to launch the teaser of Agent in Tamil and Kannada, whereas Akhil and Mammootty  launched the teaser in Telugu and Malayalam respectively.

Mahadev (Mammotty) as the head of the national security agency, who has been called to enquire about a rebel agent, with just the right skill set for destruction. Called for an enquiry, he discloses the courage, valour and unpredictable nature of the Agent.

He says that this guy is the most notorious and  ruthless patriot. It’s impossible to catch him. He is unpredictable.  No witness and no forensic evidence. His death note is already written.

The daredevil Akhil Akkineni steals the show with his performance. Akhil  Akkineni achieved a chiseled physique to match the image of a daredevil spy.

Vakkantham Vamsi has penned the storyline of this spy drama. Actress Sakshi Vaidya is playing the female lead. AK Entertainment and Surrender 2 Cinema are bankrolling this film. Ajay Sunkara and Pathi Deepa Reddy are the co-producers of this film.