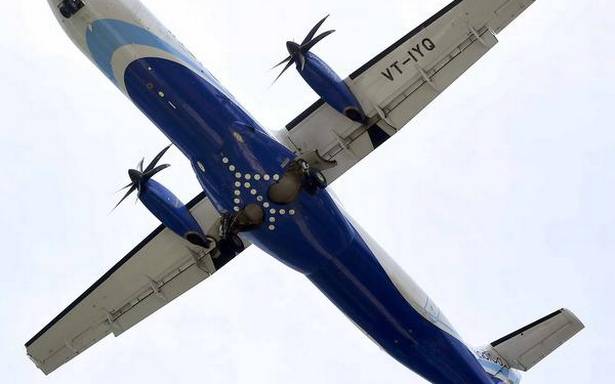 It recommended that suitable corrective training may be imparted to the controller with an emphasis on situational awareness and the importance of warnings generated on the automation system.

AirAsia India’s Ahmedabad-Chennai flight and IndiGo’s Bengaluru-Vadodara flight came within 8 km of each other with 300 ft vertical separation between them over Mumbai airspace on January 29, according to an Aircraft Accident Investigation Bureau (AAIB) report.

The probable cause for this "serious incident" was the air traffic controller’s "loss of situational awareness", the report released earlier in August said. Another probable cause was that the situation was evaluated by the controller at the Mumbai airport "under the influence of preconceived mind", it said.

Explaining the incident, the report said that most of the flights that go from Ahmedabad to southern India overfly Bhavnagar. However, on January 29, the AirAsia India flight was on a route that is usually taken by planes descending to land at the Mumbai airport.

Due to the change in route by AirAsia India flight and "direct routing" of the IndiGo flight that was coming from the opposite direction, "heading of both aircraft became reciprocal to each other" but at different altitudes, it mentioned. At this time, when there was enough lateral separation, the automation system of the air traffic controller issued a "predicted conflict warning". However, the controller did not respond to the visual "predicted conflict warning", the report stated. The controller presumed that the AirAsia India flight was following its usual route over Bhavnagar due to his or her previous experience. Therefore, the controller perceived that the AirAsia India flight is not in the immediate vicinity of the IndiGo flight, it said.

By the time the controller realised the situation, the Air Asia India flight had reached 38,008 ft while the IndiGo flight was flying at 38,000 ft. The AirAsia India flight continued its ascent as its traffic collision avoidance system (TCAS) issued a warning to the pilots, it said.

"It [Air Asia India flight] was at 38,396 ft when the conflicting traffic was resolved," the report said. The IndiGo flight maintained an altitude of 38,000 ft.

It recommended that suitable corrective training may be imparted to the controller with an emphasis on situational awareness and the importance of warnings generated on the automation system.

"It is recommended that Airports Authority of India may reassess the volume of traffic in all sectors which were withdrawn due to less number of traffic during the lockdown and may implement sectors as before pandemic," it stated.