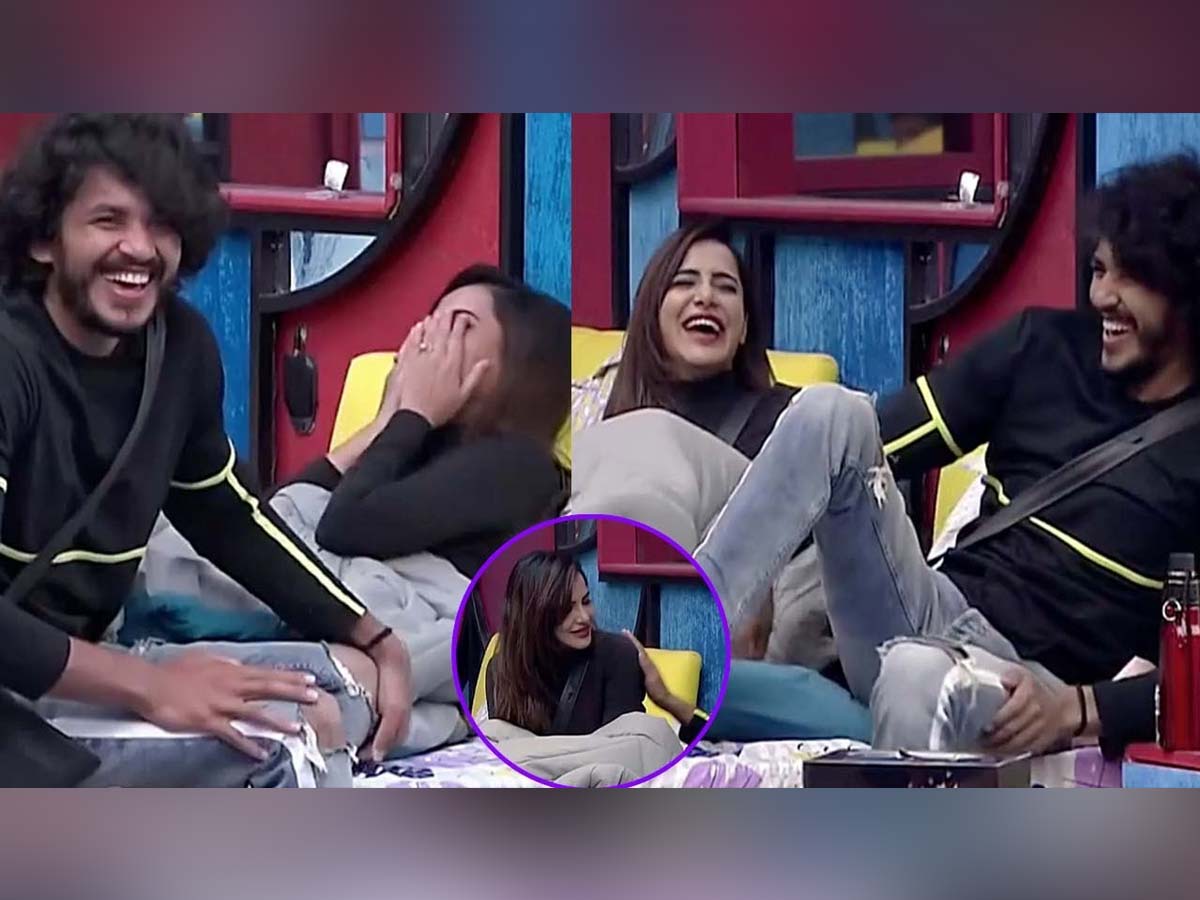 When there is a gap in the middle of tasks in Bigg Boss House it is natural for everyone to sit together in the bedroom. In addition, the Bigg Boss team sometimes closes house mirrors and prepares properties for the task.It was here that Ashureddy and Ajay teamed up with double meaning punches in the house.Ajay as a husband and Ashureddy as wife  both started as a small skit.

Akhil, Nataraj Master, Sravanti, Chaitu, Anchor Shiva and Bindu who were there enjoyed the skit. And he said Ashu Bring coffee let’s drink together.Ajay joked for a long time that if you are doing it means let’s do it together. “Black coffee means black.. It does not come to me,” he said in a double meaning.

Ashu shyly covered himself with a blanket, when Ajay said that you wanted the same music all night long.After that while stroking with comb next to him, Ajay took the belt and spoke jokingly while making the sound. Ashu listened to the sound and said that this is why I told u to dont watch that CDs much.Ashu could not stand with the punches of Ajay and told that I did not want this husband and wanted a divorce. Ashu went sideways while the belt sounded.

Akhil then asks Ashu what she remembers when she hear those sounds. Then Ashu looked at him seriously but said it was just joking. And it remains to be seen whether this will go as far as fun nominations.watch their double meaning drama