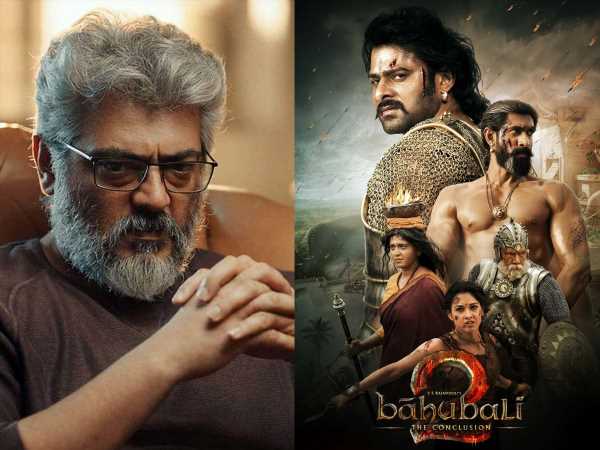 Thala Ajith starrer Valimai is a cop drama, which is directed by H Vinoth. Apart from Ajith,  the action entertainer also has Kartikeya Gummakonda, Huma Qureshi and Yogi Babu  in the supporting roles. The expectations for  this upcoming drama of Thala Ajith are pre-eminent, and fans across the world are waiting for  the release.

The latest reports suggest that  the makers are planning to begin a short schedule in Hyderabad soon. Though few are  also saying that ‘Valimai’ abroad schedule is on, and the Hyderabad schedule will be a patchwork. Now according to the latest report, Thala Ajith starrer Valimai has dethroned  SS Rajamouli’ directorial venture  Baahubali 2: The Conclusion and the Hollywood film Avengers: End Game.

Thala Ajith starrer Valimai has garnered over 1.73 million interests on online ticket booking platform BookMyShow whereas Avengers: End Game and Baahubali 2: The Conclusion had clocked 1.70 million and 1 million interests respectively prior to their release.

The young Telugu actor Kartikeya who is known for acting in RX 100,  has been roped in to play the important  role, which is being directed by H Vinod and is produced by Boney Kapoor under Bayview Projects LLP. The action drama has the music by Yuvan Shankar Raja.