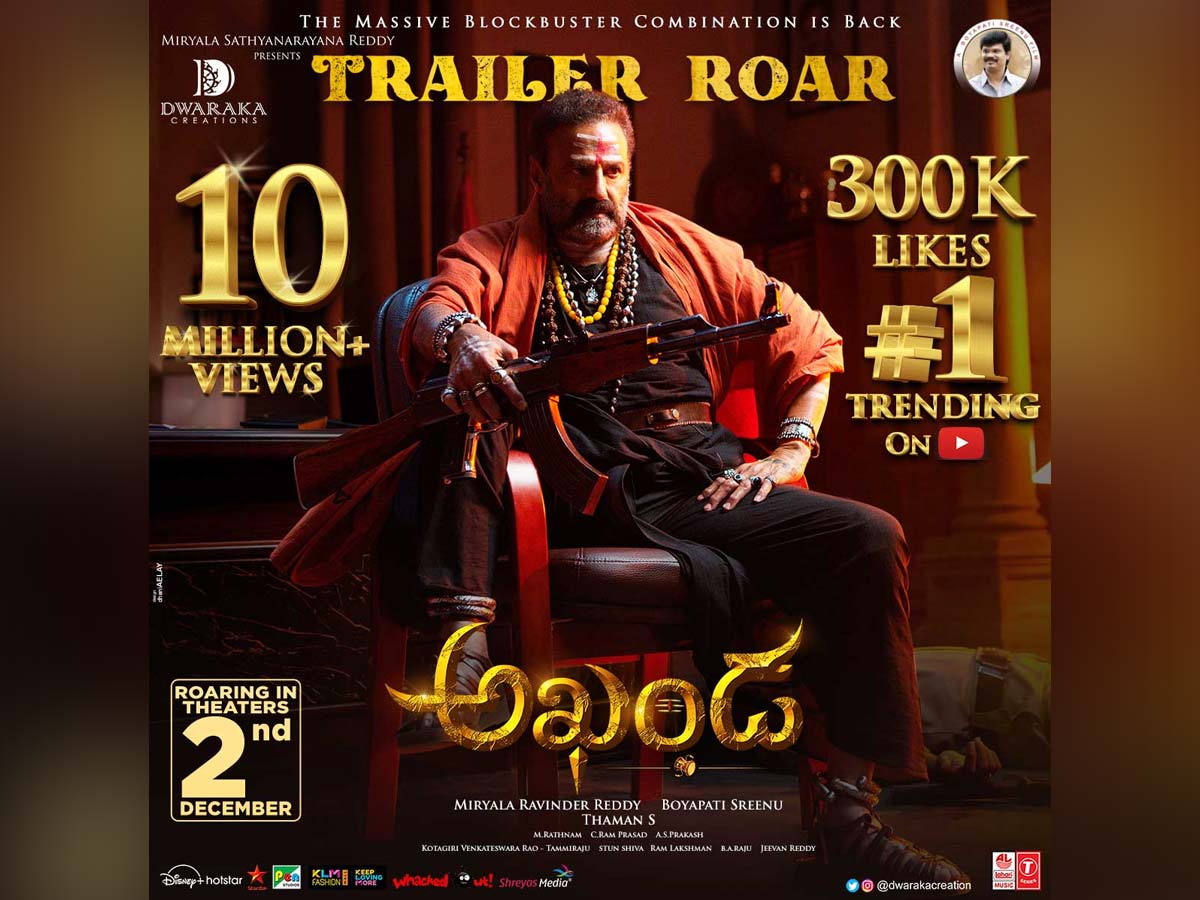 Yesterday the makers of Akhanda unveiled the trailer which is currently trending No 1. The trailer is going viral and is grabbing the attention of the movie lovers.  The much hyped action drama is directed by Boyapati Srinu. In the film, Balayya is seen in two different avatars. One of them is the role of an Aghora.

In the trailer, Balayya babu is seen taking on the bad guys. In the trailer, Balayya’ character is shown as a devotee of Lord Shiva. Now according to the latest update, Akhanda trailer has hit 10 Million + views  and 300K likes on youtube and is trending  no 1.  Despite being a senior actor, Nandamuri Balakrishna’ hold over the masses is exceptional.

Along with the trailer’s release, the makers of Akhanda have also revealed that  Balakrishna starrer is all set for theatrical release on 2nd December, 2021 in the Telugu states. According to Dwaraka Creation, the production and post-production formalities for  Boyapati Srinu’ magnum opus are finished, and promotions for the film have started.

Pragya Jaiswal is playing the female lead and Srikanth is playing villain. The upcoming film marks the actor and director  third combination as they  have earlier delivered movies like Simha and Legend.