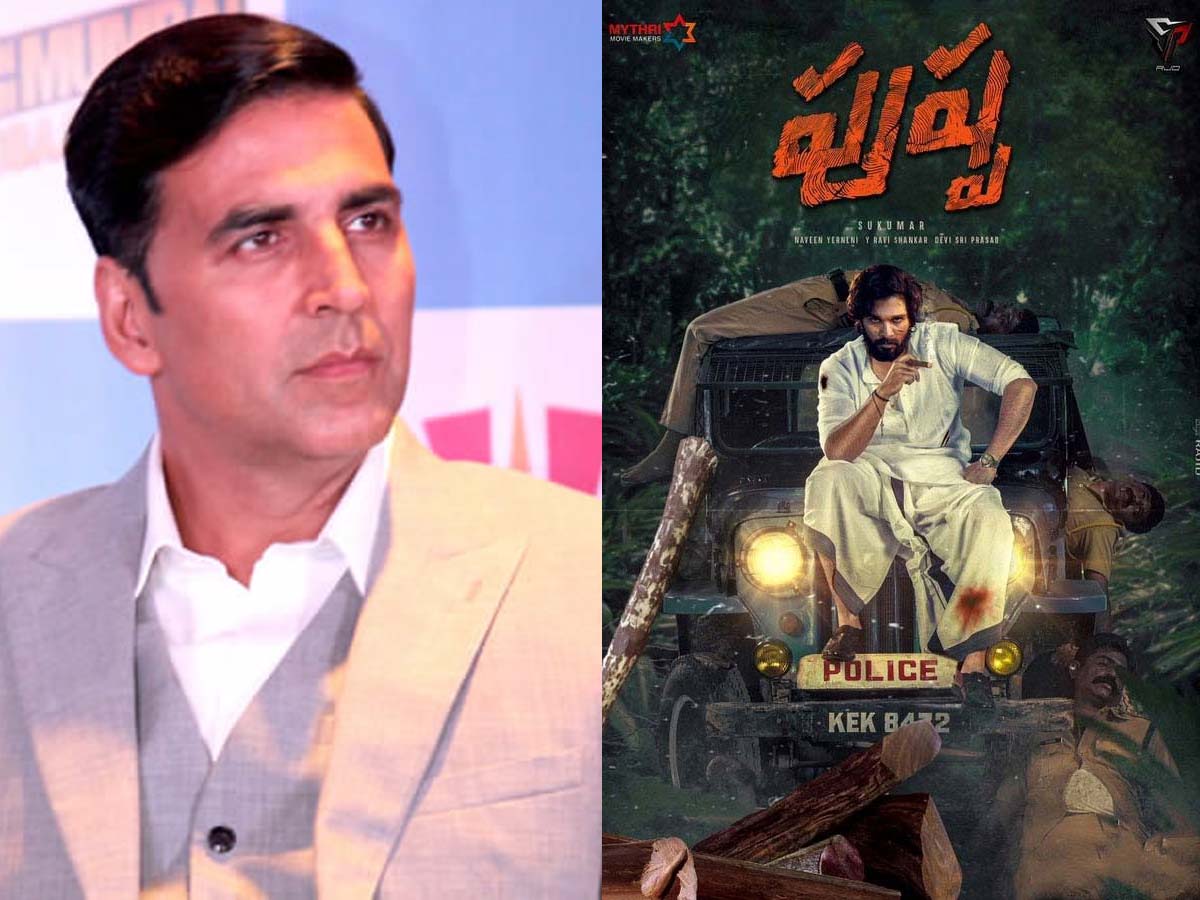 Stylish Star Allu Arjun is doing extremely well at the Indian box office. Allu Arjun starrer, helmed by Sukumar has become Rs. 200 crore grosser in India. With the holiday period starting in the coming days, collections shall remain steady and are likely to cross Rs. 250 crore in India  very soon.  Bollywood actor Akshay Kumar showered praises on Allu Arjun and his recently released movie Pushpa and said he is planning to watch  this rural drama soon.

Akshay Kumar who played the  role of a villain in  Rajinikanth starrer 2.0 under the direction of Sukumar, posted , “Congratulations Allu Arjun on the massive response, you have received from all over India for Pushpa: The Rise, another big win for our industry…planning to watch it real soon.”

Bunny replied to Padman actor and said, “Thank you very much Akshay ji. Nice of you to send your warm wishes . Congratulations to you too . Glad people are coming back to theaters & Indian Film industry started shining again”.

The rural drama Pushpa: the rise has Rashmika Mandanna in the female lead role. It is helmed by Sukumar and bankrolled by Mythri Movie Makers whereas the music is composed by Devi Sri Prasad.

Either Akshay Kumar or Ajay Devgn to replace Balakrishna