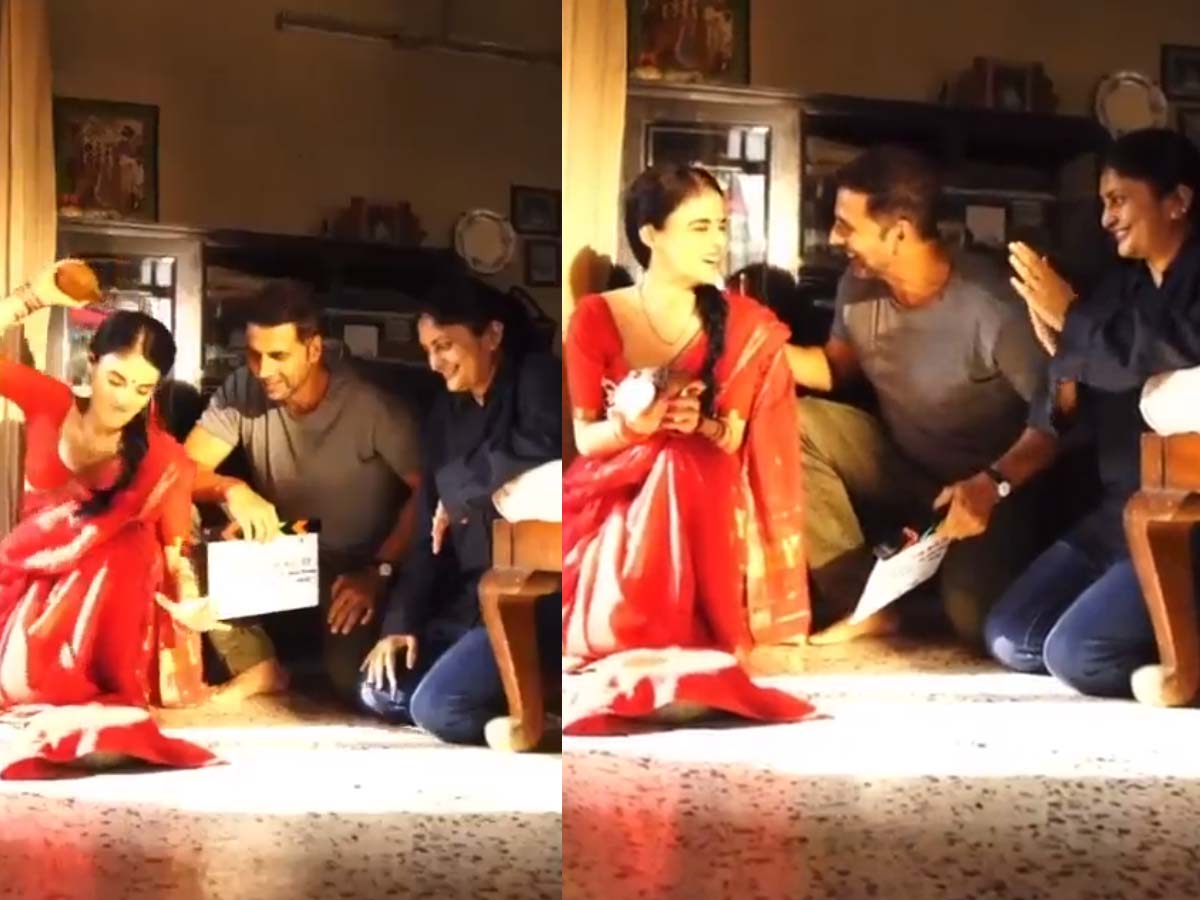 The Tamil film Soorarai Pottru starring Suriya in the lead, is loosely based on the life of Air Deccan founder GR Gopinath, the man who made air travel affordable for the common man. It is known that the movie is going to Bollywood in which Akshay Kumar  and Radhika Madan  will play the lead roles.

Bollywood remake of Soorarai Pottru will be helmed by Sudha Kongara who had directed the original movie.  Now according to the latest update, Akshay Kumar  and Radhika Madan  have started filming for the movie, which is yet-to-be titled. The industry tracker Ramesh Bala confirmed the same by sharing a post : Akshay Kumar starts filming for his untitled next with Radhika Madan which is about dreams and power Soorarai Pottru Hindi remake with Dir Sudha Kongara.

Bollywood actor Akshay Kumar also shared a video on his official Instagram handle of the muhurat shot of the film. In the video,  he with  Radhika Madan are seen breaking a coconut.

Sharing the video on Instagram,  the actor  came up with an interesting caption, “With the auspicious coconut-breaking and a small prayer in our heart, we begin the filming of our yet untitled film which is about dreams and the power of it In case you’ll have any title suggestions, do share and of course your best wishes .”