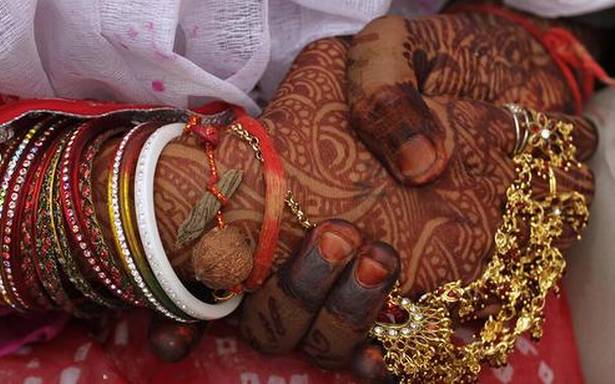 Stating that the Uniform Civil Code “is a necessity and mandatorily required today,” the Allahabad High Court has called upon the Central government to forthwith initiate the process for its implementation.

The UCC “cannot be made ‘purely voluntary’ as was observed by Dr. B.R Ambedkar 75 years back, in view of the apprehension and fear expressed by the members of the minority community,” Justice Suneet Kumar said on November 18. The court directed the Centre to consider the constitution of a committee or commission for implementing the mandate of Article 44, as directed by the Supreme Court.

“A common civil code will help the cause of national integration by removing disparate loyalties to laws which have conflicting ideologies. No community is likely to bell the cat by making gratuitous concessions on this issue. It is the State which is charged with the duty of securing a uniform civil code for the citizens of the country and, unquestionably, it has the legislative competence to do so,” the court observed.

Justice Kumar made the observations while hearing a bunch of 17 petitions filed by inter-faith couples, who contracted marriage upon conversion, seeking protection of their life, liberty and privacy guaranteed under Article 21, to live independently as man and woman without the interference of the their family or others. The petitioners apprehended threat to their life and liberty at the hands of their parents, relatives and other family members in connivance of the State machinery.

Noting that there has been a steep rise in inter-community, inter-caste and interfaith marriages and relationships, which has exploded specially in the last few decades, the court said that since 1950 the society has considerably evolved and the relationships, be it interfaith, inter culture, coupled with the rise in the number of single women requires a comprehensive Family Code which is in conformity with the changing times.

Providing relief to the 17 inter-faith couples, the court also said the marriage registrar lacks the power to withhold the registration of marriage merely for the reason that the parties have not obtained the necessary approval of conversion from the district authority.

The court noted that the new anti-conversion law in UP, which was brought by the Yogi Adityanath-led government last year, per se, does not prohibit interfaith marriage but the requirement of approval by the district authorities could make it tedious for such couples.

“Such an approval is directory and not mandatory. If interpreted otherwise, the Act (The Uttar Pradesh Prevention of Unlawful Conversion of Religion Act, 2021) would not satisfy the test of reasonableness and fairness, and would fail to pass the muster of Article 14 and Article 21,” the court said.

The HC, while allowing the petitions, observed that the consent of the family or the community or the clan or the State or executive is not necessary, once two adult individuals agree to enter into a wedlock which is lawful and legal.

“Their consent has to be piously given primacy, with grace and dignity. The Marriage Officer/Registrar cannot refuse to register a duly solemnized marriage, and/or, insist of a conversion approval of the district authority,” the court said.

Holding that “Intimacies of marriage lie within a core zone of privacy, which is inviolable”, Justice Kumar said, “The absolute right of an individual to choose a life partner is not in the least affected by matters of faith.”

The court directed the police of the respective districts to ensure the safety of the couples and provide protection to them if needed and also restrained the private and State respondents in the petitions from interfering with the life, liberty and privacy of the couples to live as man and woman.

The court directed the marriage registrar and marriage officers of respective districts to forthwith register the marriage of the couples without insisting or awaiting approval of the competent district authority with regard to conversion.

The State government had that the approval of the DM was not obtained before conversion or marriage and that marriage cannot be registered without the district authority making an enquiry as to whether the conversion is voluntary and not induced by coercion, allurement and threat. The State-counsel submitted that the petitioners were not entitled to any relief from the HC and that they should approach the competent district authority and obtain approval with regard to their conversion.