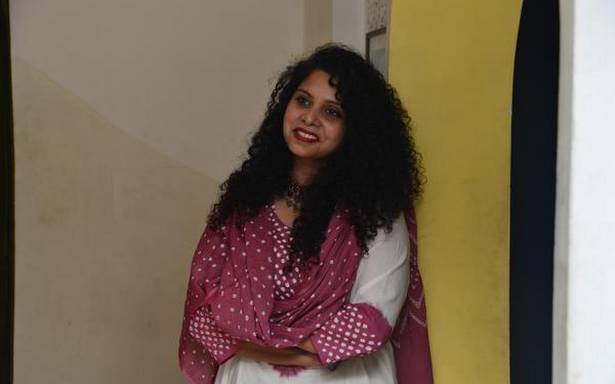 In a statement, she shared details of the funds she had raised via three campaigns.

Journalist Rana Ayyub on Friday said the allegations reported in the media with respect to the provisional attachment of assets by the Enforcement Directorate were utterly baseless, mala fide and fanciful.

Ms. Ayyub, through a statement, shared details of the funds she had raised via three campaigns. No part of the funds was unaccounted for, she said. In the wake of the COVID-19 outbreak, in April 2020, June 2020 and then in May 2021, she had started fundraisers on Ketto for helping the needy.

According to the statement, Ketto had asked for details of two bank accounts to start the fundraiser. She had then explored if the platform could directly transfer money to grain vendors for supplying relief material. However, as they were required to submit various papers to Ketto, the process could not take off, she said.

Ms. Ayyub said her personal account could not be used as Ketto immediately needed her PAN card’s physical copy, which was unavailable at the time. She gave details of her father’s and sister’s accounts. “I started raising funds and the relief work was well reported by various media outlets….I was also aware that a part of the money was donated to the relief campaign by Muslims in India in the month of Ramadan, presumably as Zakaat. As a practicing Muslim, I understand the sanctity of Zakaat and its intended use for those in need,” she stated.

She said that about ₹2.69 crore was raised during the campaigns and that no foreign donations were received by her or in the two designated bank accounts.

Ms. Ayyub said she had provided bills/invoices for relief work worth ₹40 lakh. As her efforts to set up a makeshift COVID hospital were taking too long, she had talked to Save The Children Foundation for donation to the Paediatrics Department of Tilak Hospital in New Delhi and issued a cheque for ₹90 lakh. However, the Foundation had later told her that the South Delhi Municipal Corporation had refused to accept the money.

She then donated ₹74.50 lakh to the CM CARES Fund of Maharashtra and the PM CARES Fund. Therefore, she said, over ₹1.14 crore was used for relief work, ₹1.05 crore was collected as tax by the Income Tax Department, and the rest of the money was in the form of a ₹50 lakh fixed deposit in her account, which had been created for setting up the hospital.

During the relief work, Ms. Ayyub said, she had contracted COVID-19 and was admitted to hospital. Two of her local volunteers succumbed to COVID-19 and work had been temporarily halted. She later suffered a slipped disc and underwent a spine surgery in January 2021. Just when she recovered, the second wave of the pandemic struck. She then resumed the work and had started talking to NGOs about the COVID-19 facility.

From June 2021, Ms. Ayyub said she had started receiving notices from the Income Tax Department. She had submitted the required papers. In August 2021, the agency had decided to treat the donations as her “income” and provisionally attached her account and that of her father besides the fixed deposit. The authorities had then decided to de-freeze the bank accounts on September 6, 2021, except for the fixed deposit.

As directed, she had paid the Income Tax on the donation amount. She has filed an appeal that is currently pending. On February 7, the I-T authorities in Mumbai informed her that the fixed deposit had been released.

While the Income Tax proceedings were underway, the ED in Mumbai also summoned Ms. Ayyub under the Foreign Exchange Management Act (FEMA). She again submitted the documents. By the end of 2021, she was orally told that the agency’s Mumbai office was no longer inquiring into the relief campaign, Ms. Ayyub said.

However, in December 2021, she received summons from the ED under the Prevention of Money Laundering Act (PMLA). During the questioning in Delhi, she learnt that the PMLA probe was based on a case registered in Ghaziabad, Uttar Pradesh, in August 2021. She said the case alleged violation of the Foreign Contribution (Regulation) Act, a charge refuted by her bank statements. She said the exact same allegation was the basis of the FEMA inquiry, which had since not been pursued. “I have not committed any offence under the FCRA and the FIR registered by UP Police on such allegations is totally baseless,” she said.