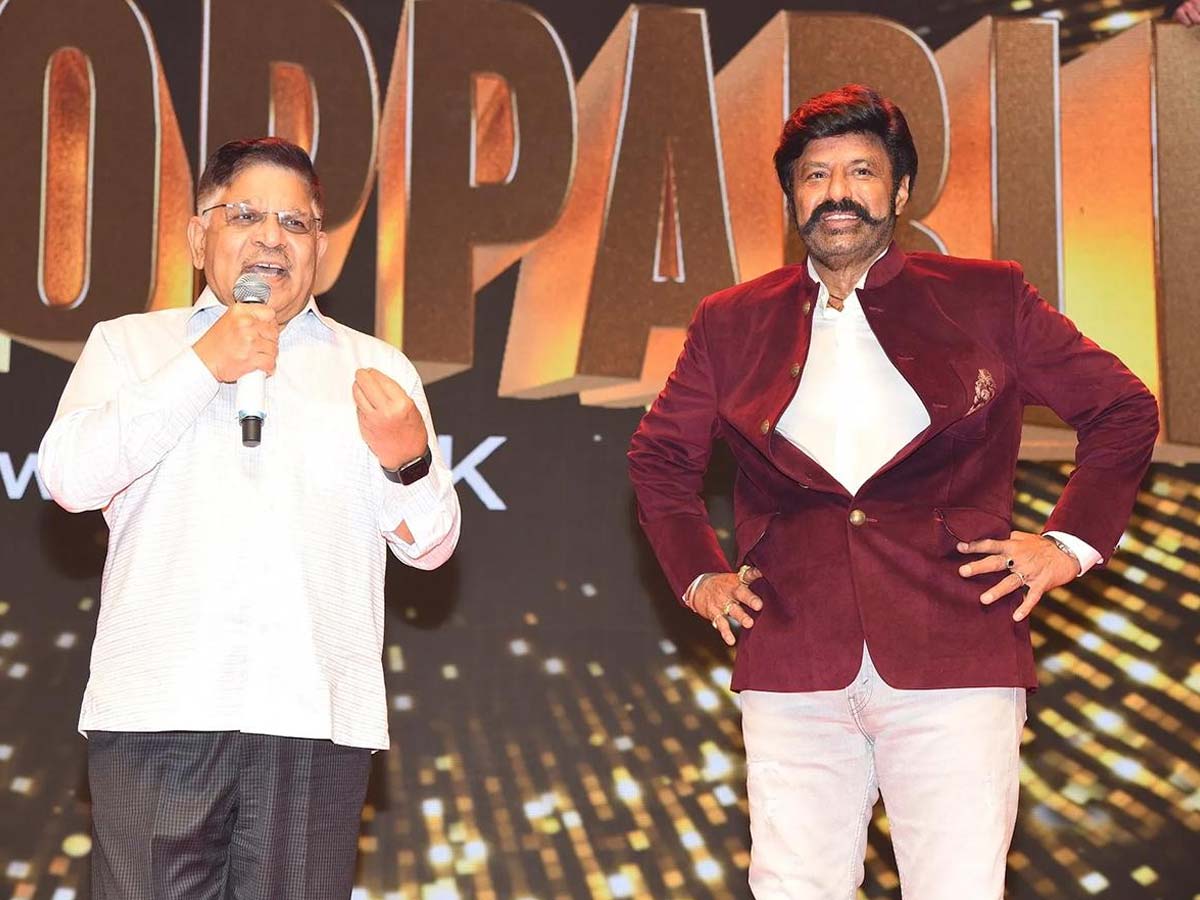 The veteran producer Allu Aravind has a plan to work with Nandamuri Balakrishna. Allu Aravaind has taken the decision recently, and there is also a reason behind his aim to work with Balayya.

We all know that Balakrishna hosted a talk show ‘Unstoppable with NBK’ on the digital streaming platform Aha. It was not just the show, but it was an unbeatable hilarious comedy show, where Balayya exuded his comedy angle and captivated the audiences’ attention.

The show was a huge successful project with his expertise that brought tremendous craze to its distributors. Coming to the point, producer Bunny Vasu announced that Balayya and Allu Aravind developed an affectionate relationship post the talk show. He said that a project might come to light in the alliance of two celebs, if the theme is fixed.

This is absolutely an official confirmation, but the subject for this project is yet to be chosen. Meanwhile, Balayya is engaged with NBK107, which is being run by Gopichand Malineni. He will be seen alongside Shruti Haasan.