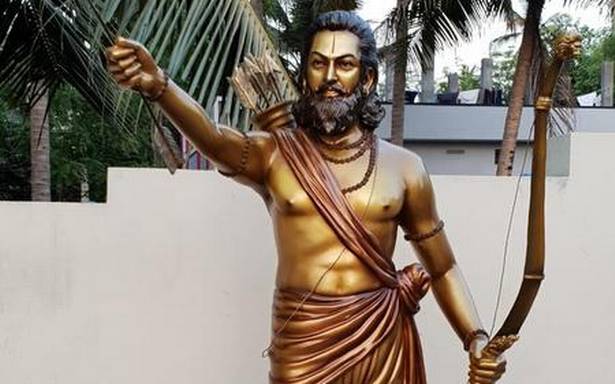 Revolutionary freedom fighter who gave sleepless nights to the mighty British Alluri Sitarama Raju’s 125th birth anniversary celebrations will begin on January 2, amidst the demand for national recognition for the revolutionary hero.

Despite being a household name in the two Telugu States, the ‘Manyam Hero’ and his battles with the British during the Independence struggle were obscured by time or history’s bias. His struggle is slowly moving out of the younger generation’s minds when the country is now, unearthing new war heroes.

The national bias is what annoys the old-timers who were brought up on his revolutionary tales. Recently, the Government of India had celebrated tribal leader Birsa Munda’s birth anniversary as ‘Janjathiya Gaurav Divas’ and for the first time, the art and culture of the entire country’s tribal society, their contribution to the freedom movement and nation building, was being remembered and honoured with pride.

“Similar respect should be given to Sitarama Raju’s role and his heroics should be taken nationwide,” say P. Naga Raju, president and N. Nani Raju, general secretary of Kshatriya Seva Samiti.

They recall the unparalleled courage and valiant efforts of Sitarama Raju in leading a full-scale war against the colonial police and army in a tribal protest known as the Rampa Rebellion (1922-1924). This was against forest grievances in the Madras Presidency. Between August 1922 and May 1924, for close to 2 years, Sitarama Raju led one of the most intense uprisings against the British.

The fact that the British government had to spend over ₹40 lakh in those days to defeat the rebellion speaks volumes about the success of the Rampa Rebellion. At 27 years, Sitarama Raju became a martyr falling to the British bullets.

The Kshatriya Seva Samiti reminds how the awe-inspiring heroics were appreciated by Netaji Subhash Chandra Bose and Mahatma Gandhi. Many others have compared him to Rana Pratap and Chhatrapati Shivaji. “It’s time the country recognises his role and the Government of India celebrates it,” says Mr. Naga Raju.