The political career of Rajya Sabha MP Amar Singh, expelled from SP twice, was known for his contacts across sectors, his managerial skills, and fund-raising capabilities. Rajya Sabha MP and former Samajwadi Party leader Amar Singh passed away on Saturday. Singh, 64, died in a Singapore hospital, where he had undergone a second kidney transplant.

Singh’s political career was known for his contacts across sectors, his managerial skills and fund-raising capabilities. In his SP heydays, he was said to have Mulayam Singh Yadav’s ear and was frequently photographed with the Bachchan family. Singh is said to have brought Jaya Bachchan into politics.

While he had very public fallouts with both the Yadav and Bachchan families, he later made overtures to both, saying, in 2017, that he wouldn’t mind being expelled from the SP but from Mulayam’s heart, and earlier this year, apologised to Amitabh Bachchan.

Amar Singh’s first stint with the SP was 14 years long, from 1996 to 2010. In this period, he networked extensively for the party and was frequently seen with celebrities from Anil Ambani to the Bachchans, from Sanjay Dutt to Subrata Roy. Singh became the urbane face that a largely rural SP had needed, especially in Delhi. One rival leader had used the expression “Corporate Thakur” for Singh, the man who brought in professionals to man the SP office in Delhi.

When he was sidelined, celebrity SP leader Jaya Prada stood by him, and was expelled along with him. There were reports about his joining the Congress, but one Congressman said he was “too hot to handle”. 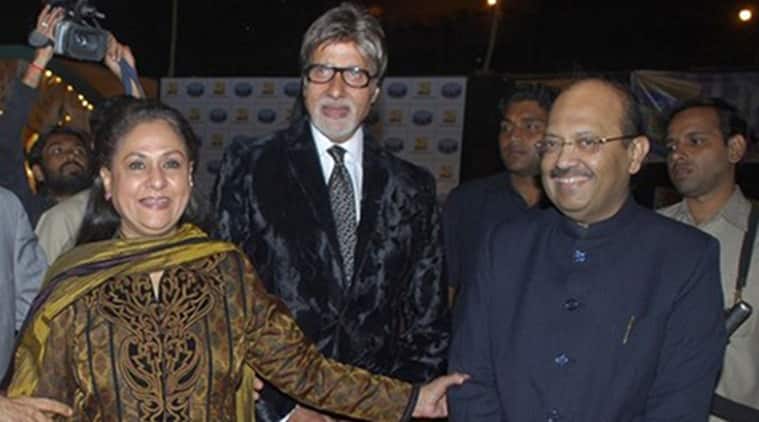 In 2011, he floated his own Rashtriya Lok Manch and fielded over 300 candidates in the 2012 UP polls. None of them won, but despite not being a mass leader, Singh managed to attract crowds to his poll rallies. He briefly joined the Rashtriya Lok Dal and contested the 2014 Lok Sabha polls from Fatehpur Sikri, which he lost.

By 2016, he had managed to mend fences with Mulayam Singh and secured himself a Rajya Sabha nomination from the SP. However, this time, Singh ran foul of the new guard under a recently assertive Akhilesh Yadav.

After he was expelled again towards the end of 2016, Singh said he felt “liberated and free”, but had been shown the door for being loyal to Mulayam. “I was with Mulayam Singh Yadav till the last. It is a different matter that Mulayam has joined hands with (his son and Chief Minister) Akhilesh (Yadav) finally but I will not,” he had said.

Later, there were speculations of him joining the BJP. After the 2017 UP Assembly polls, Singh had praised Prime Minister Narendra Modi and Chief Minister Yogi Adityanath, welcoming the decisions to close down illegal abattoirs and set up anti-Romeo squads.

In 2018, after Pranab Mukherjee’s address at the RSS headquarters in Nagpur, Singh had said RSS was not an “opportunistic organisation” and “other parties should learn from it”.

Earlier this year, he had reached out to Amitabh Bachchan, tweeting: “At this stage of life when I am fighting a battle of life and death, I regret my overreaction against Amit ji and family. God bless them all.”

After his demise, PM Modi and Defence Minister Rajnath Singh tweeted out condolences, with the PM saying Singh “was known for his friendships across many spheres of life.”