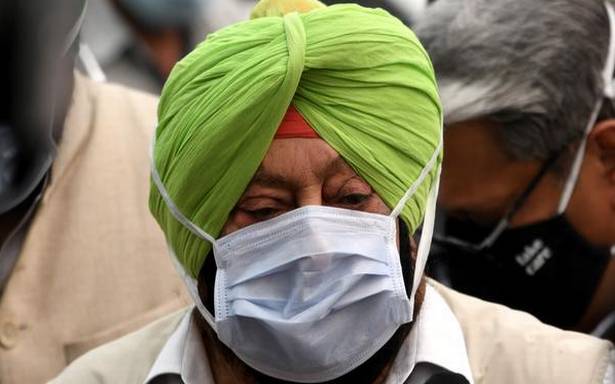 Punjab Chief Minister Amarinder Singh on Monday hit out at the Bharatiya Janata Party (BJP)-led Central government, accusing it of encroaching upon the rights of the States by its one-sided decision to impose the recent farm laws and the Direct Benefit Transfer (DBT) on the State’s farming community.

“States never faced such problems earlier,” he said, accusing the Centre of trying to destroy the existing relations and systems — which had worked well for over a century — in the name of so-called reforms, which they were trying to impose without taking the stakeholders into confidence.

“Punjab’s farmers and commission agent (arhtiyas) have age-old cordial ties, which the Centre was hell bent on damaging,” he said, terming the Government of India’s tough posturing and ill-conceived decisions as being against the basic spirit of federalism.

Virtually launching the two-day Kisan Mela organised by the Punjab Agricultural University (PAU), Ludhiana, the Chief Minister expressed his solidarity with the farmers against the farm laws. “The Centre has deliberately impinged upon the State’s power, thus jeopardizing the basic structure of democracy. The Centre should have taken the farmers into confidence before enactment of these contentious legislations. Had the Centre been sincere about finding a workable solution to this problem, it would have either consulted the Punjab government or the State’s farmers, as Punjab alone contributes over 40% of foodgrains to the national pool,” he said.

In his address, pointing to the growing problem of scarcity of surface as well as underground water, the Chief Minister urged the farmers to go for drip irrigation in a big way to save the State from becoming a desert in the near future. “The fast depleting water table, resulting from the melting glaciers, is a major challenge for the State and the only solution is to get out of the paddy-wheat cycle to save this precious resource,” he said.