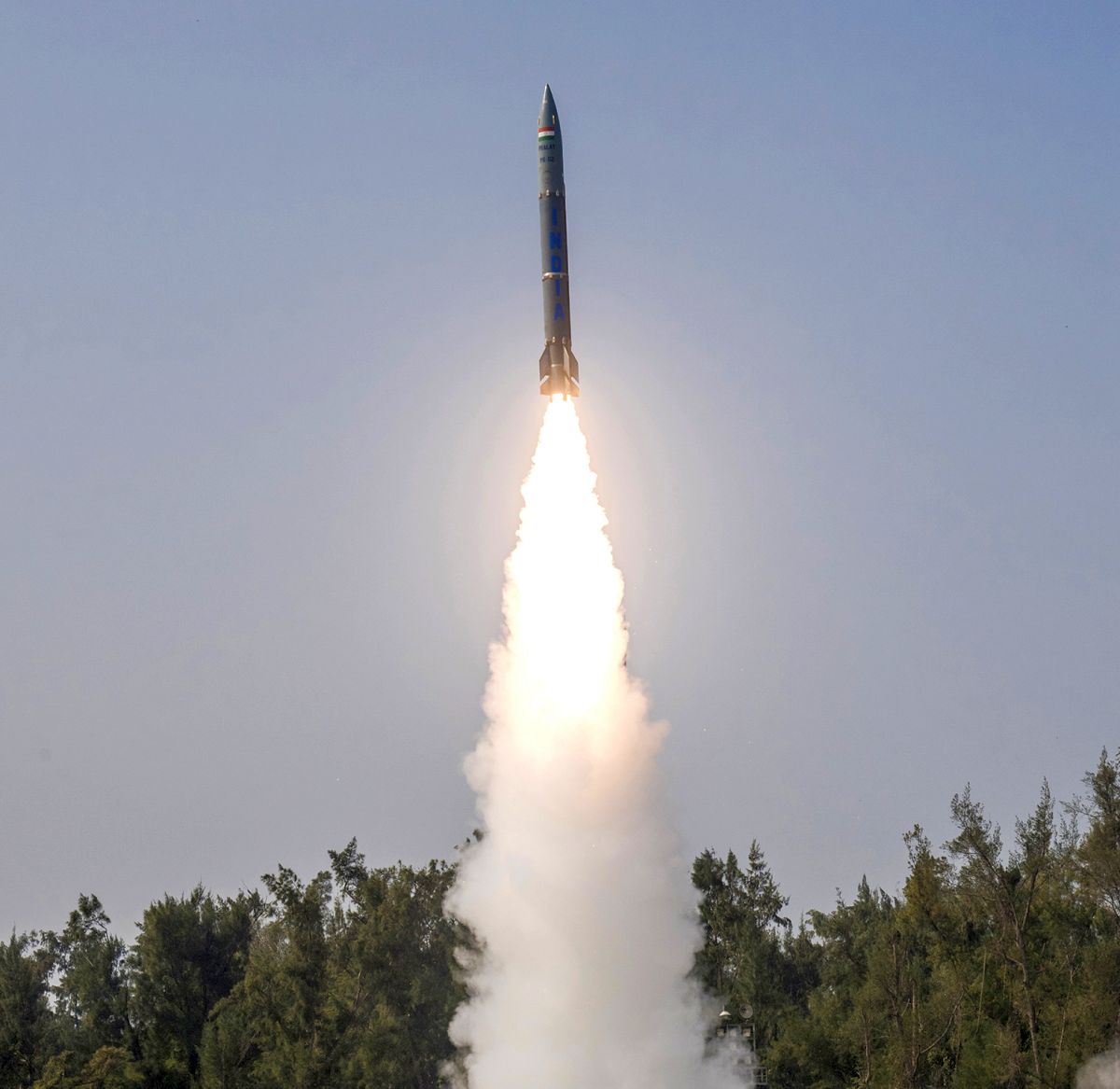 Amid the ongoing conflict with China, the Indian armed forces are now going to acquire the ‘Pralay’ ballistic missile which can hit targets from 150 to 500 Kms.

The proposal moved by the Indian defence forces is at an advanced stage and is scheduled to be taken up for clearance during a high-level meeting this week, defence sources told ANI.

The proposal is also important as it comes at a time when the Indian forces are working on the creation of a rocket force which has been in discussion at the highest levels in the Defence Ministry.

Recently, Navy chief Admiral R Hari Kumar stated that the late Gen Bipin Rawat was working on the creation of a rocket force to counter enemies on the border.

The missile was successfully tested twice on two consecutive days last year in December and since then, the forces are working towards its acquisition and induction.

With a range of 150 to 500 km, ‘Pralay’ is powered with solid propellant rocket motor and other new technologies.

The missile guidance system includes state-of-the-art navigation and integrated avionics. “Pralay’ is a quasi-ballistic surface-to-surface missile. The advanced missile has been developed in a way to able to defeat interceptor missiles. It has the ability to change its path after covering a certain range midair,” sources said.

Sources said that such missiles give a tremendous capability to own troops to completely destroy or take out enemy air defence sites or similar high-value targets.

The Pralay missiles along with the BrahMos supersonic cruise missiles would be the longest-range tactical weapon system in the defence forces as the long-range strategic weapons are controlled by the strategic forces command.