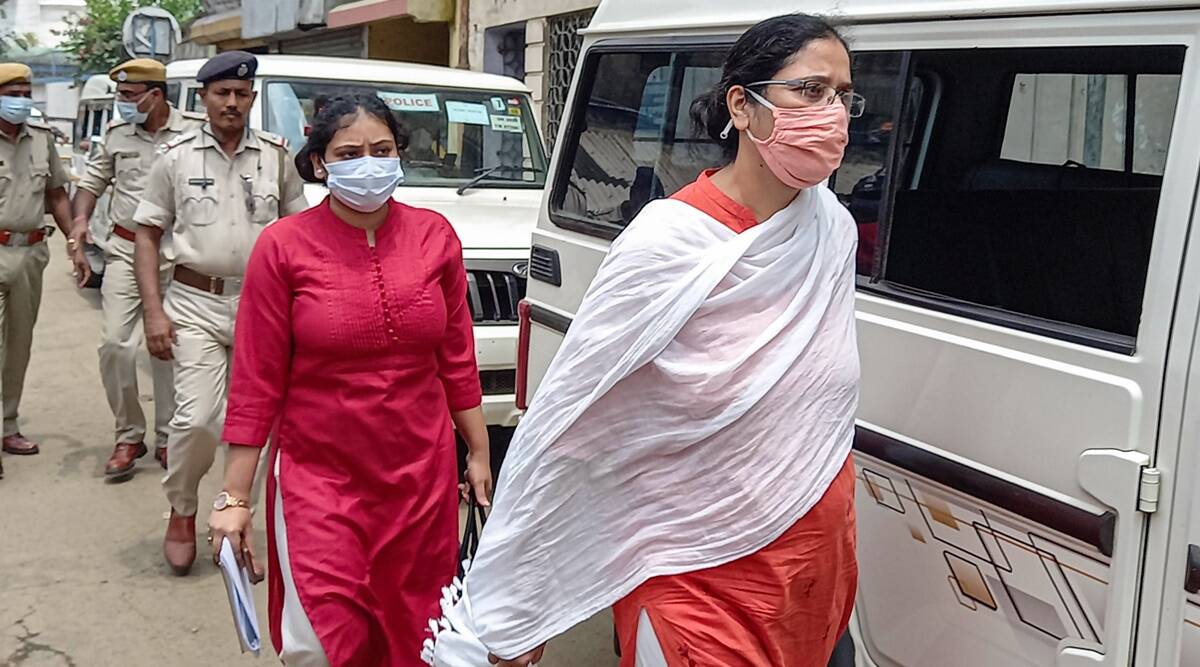 For more than a month now, the 60-year-old woman has been staying in one room on the first floor of a guest-house in Kolkata, stepping out only once to record her statement before a magistrate, and too scared to return home to a village in Purba Medinipur district, 130 km away.

On the night of May 4-5, two days after the West Bengal Assembly election results, according to her complaint to the police and in a petition to the apex court, alleged Trinamool men attacked her inside her home and one of them raped her, as her five-year-old grandson watched. Also forced to ingest some poison, she spent more than a month in hospital.

Back in Purba Medinipur, her family, who say they are BJP supporters, claim they are afraid to venture out, to farm their 1.5 bighas alleging calls from unknown people offering money to drop the rape case. They admit that three of the four accused are their relatives with whom they have a land dispute but also say they are supporters of the TMC.

This is one of the cases the BJP leadership has been raising as part of its allegations of widespread violence in the state following the Assembly results. An NHRC probe, ordered by the Calcutta High Court, accuses the Mamata Banerjee government of letting the violence continue unchecked. NHRC members had met the woman and her family during their tour.

Denying any link to the assault on her, the TMC has been calling the woman mentally challenged and says she is being kept hidden by the BJP to fabricate allegations against it.

The family says a medical test was done of the 60-year-old only 12 days after the incident when she was admitted to a private hospital in Kolkata for treatment due to the poisoning. In the second week of June, with the help of the BJP, she moved the Supreme Court, seeking a probe by a Special Investigation Team.

As BJP MP Swapan Dasgupta and MLA Suvendu Adhikari raised the issue, police finally escorted her to a local court to record her statement under Section 164 of the CrPC on July 8, two months after the alleged incident. While Muhammed Usman and Subrata Kumar Das have been arrested, two others Gautam Das and Sukanta Das remain absconding.

The victim’s son-in-law says the day after the results, TMC men along with miscreants landed up at the homes of BJP supporters like them in their Purba Medinipur village and threatened them. “They lobbed crude bombs. After this, my mother-in-law’s son and his wife left the house.” On May 4 midnight, the men allegedly returned, and four of them forced their way into the house. “My mother-in-law was tied to a cot and then raped by Usman. They also poisoned her.”

The five-year-old grandson hid under the bed to escape the men, he says, naming Gautam Das, Subrata Kumar Das and Sukanta Das as the other attackers. “They are our relatives but supporters of the TMC. There is a long-standing dispute over land between them and my mother-in-law.” The 60-year-old lost her husband in August 2016.

The woman was found unconscious by her neighbours who alerted the family, says her relative. Early on May 5 morning, she was taken to a primary health centre, and from there referred to a district hospital. With the help of the BJP, she was then taken to a private nursing home, followed by the hospital in Kolkata.

Says the son-in-law, “Police were reluctant to lodge an FIR, registering one after a lot of persuasion. They did not even help in conducting the medical test.” The report at the Kolkata hospital says the woman had injuries in her private parts and abrasion on a leg. In the “alleged cause” section, the report says, ‘As alleged by patient and attendant, patient was sexually assaulted and orally given organophosphate poisoning’.

Sitting at the Kolkata house, the 60-year-old says “supporters of the ruling party (TMC)” attacked her. “I want to return home and see my son, daughters and son-in-law, especially my grandchild who always stayed with me. But who will save me if I face another attack?”

The room, with an attached toilet, has one window, a bed, table, a small closet and a TV set, arranged by the BJP. The party also provides her food. “It is so kind… but how long can you stay like this, away from home and family?” she says.

The family has seen attacks since the 2016 Assembly polls, she adds. “My husband and I were beaten up by TMC workers then. He had to flee and stayed away for days… They are very powerful. Even before the polls they used to terrorise people like us.”

Purba Medinipur SP K Amarnath claims the delay was not on their part. “The victim was admitted in hospital till June 12. After she was discharged, she didn’t return to her original address. We looked for her and finally found her in Nandigram. A notice was served and her statement was recorded.”

Amarnath also says that in the original FIR, the woman’s daughter-in-law named only one person. “Later, in her statement before the magistrate, the woman took four names. Three of them are her relatives. Investigation is on.”

The SP adds that they have collected medical samples from all the three hospitals where the 60-year-old was treated.

The woman’s son-in-law, a daily wager, says, “They have been threatening her son and daughter-in-law. Local TMC leaders have also told labourers and owners of tractors not to help them on their land.” With the family confined to their homes, he occasionally goes over with rice and vegetables.

The son-in-law, who has also been travelling to Kolkata regularly for the court case and has run up “a huge debt”, says he too had received threatening calls from unknown numbers, in end May and recently, offering Rs 15 lakh and a job if they dropped the rape charge. “I refused,” he says.

He says they had verbally requested police for protection but it had not been provided. “However, police are in regular touch with me.”

Local TMC leader Partha Pratim Das admits the accused are “our supporters,” but alleges that the rape case is “false and fabricated.”

“The person who has been arrested is not even a resident of the area, he lives 30 km away. Besides another accused is almost 70-year-old. Is it possible for a person like him to assault a woman? BJP is trying to malign us by such false complaints.),” he said.

The son-in-law claims that it was after the High Court set up the NHRC probe on June 18 that police showed urgency in the matter. “They called me several times asking that my mother-in-law should record her statement. But we first wanted to record our statement before the NHRC. The team talked to my mother-in-law and also the five-year-old.”

After repeated retellings of what happened that night, the boy is deadpan as he recounts how the men “kept beating my grandmother” and he hid underneath a bed “afraid I would be hit too”.

The 60-year-old’s daughter asks how long things would go on like this “just because they supported the BJP”. “We don’t trust police. We want them to arrest the remaining accused. We want the safety to live without fear in our house,” she says.