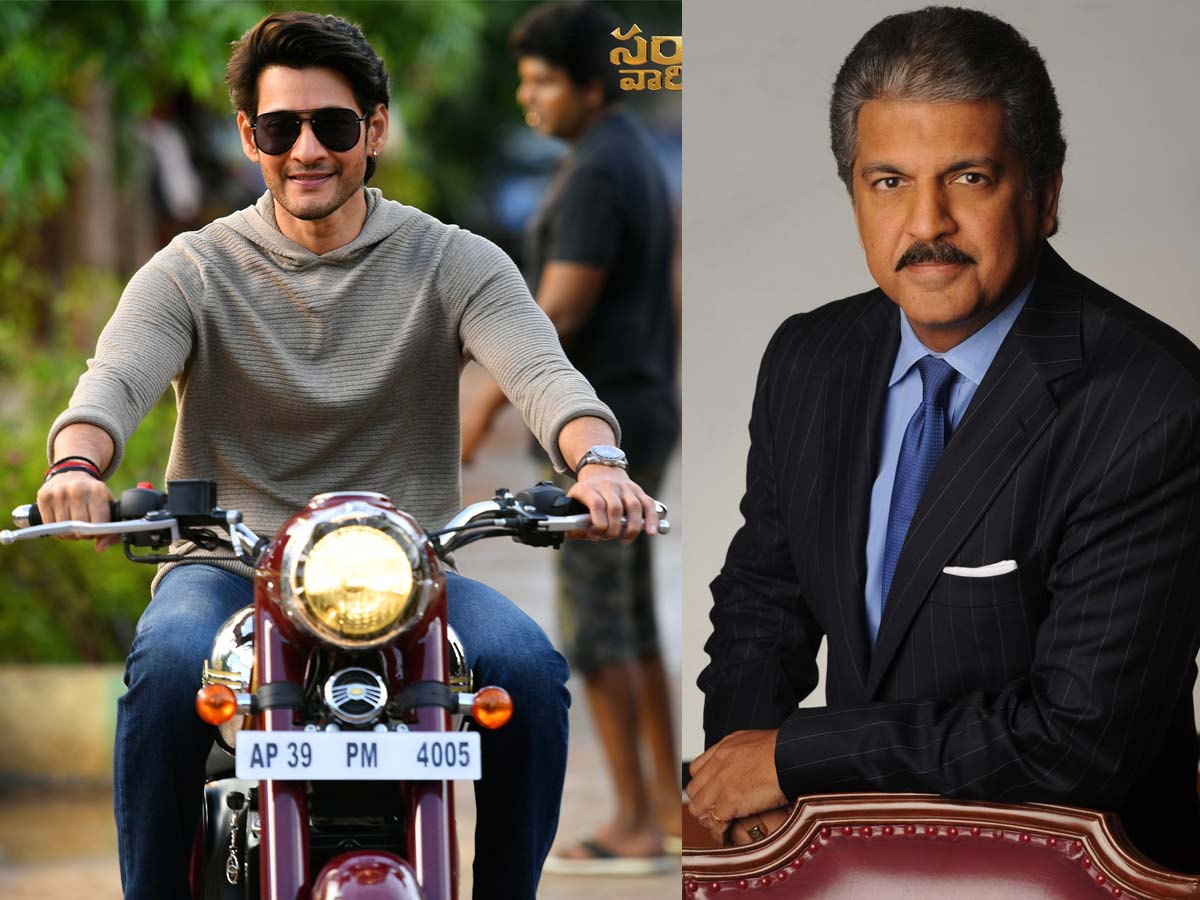 Telugu Superstar Mahesh Babu and Mahanati fame Keerthy Suresh starrer Sarkaru Vaari Paata is into its 3rd weekend and is going great guns at the box office. It was released on 12th May Worldwide. Mahesh Babu’s characterization and massy avatar have been the highlights of the film and the movie lovers are showering praises on the actor’ performance.

Now after garnering applause from movie lovers and fans,  Mahesh Babu’ film Sarkaru Vaari Paata, which is helmed by Parasuram has now attracted some interesting comments from none other than Mahindra & Mahindra Chairperson, Mr Anand Mahindra. He responded to a netizen’s tweet which shared a clip from the movie where Mahesh is  seen riding the iconic Jawa motorcycle.

Anand Mahindra  tweeted: How can I miss watching the unbeatable combination of @urstrulyMahesh and Jawa? I’m in New York & will go out to New Jersey where it’s being screened… #SarkaruVaariPaata, #JawaMaroon

The reports are coming that Sarkaru Vaari Paata will be available to the general public on an OTT platform shortly. According to reports, Parasuram’ magnum opus  will be available on Amazon Prime Video on either  10th June  or  24th June. However, neither Prime Video nor the film makers  have given any confirmation as of yet.