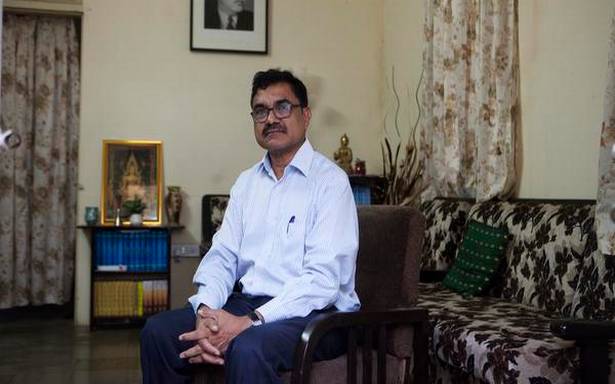 Prof. Anand Teltumbde, accused in the Bhima Koregaon caste violence case, moved the special National Investigation Agency (NIA) court on Tuesday seeking interim bail to be with his mother after the encounter of his brother Milind Teltumbde in Gadchiroli on November 13.

Milind was among the 26 members of the Communist Party of India (Maoist) who were killed in an encounter in Gadchiroli district.

Mr. Teltumbde, currently lodged at the Taloja Central Jail, sought bail for 15 days citing that he is needed at the moment of bereavement in the family. “Being the eldest in the family, his presence would be of great support not only to his 90-year-old mother but also his younger siblings,” the plea mentioned.

Mr. Teltumbde, 70, is a professor and was the Managing Director and CEO of Petronet India Limited. He suffers from chronic bronchitis asthma, chronic cervical spondylitis, supraspinatus tendinopathy and prostatomegaly. His medical bail was rejected by the special court on September 21 this year.

Mr. Teltumbde surrendered before the NIA office in Mumbai on April 14, 2020 after the Supreme Court denied him any relief. He was initially taken into NIA custody and is now in jail.