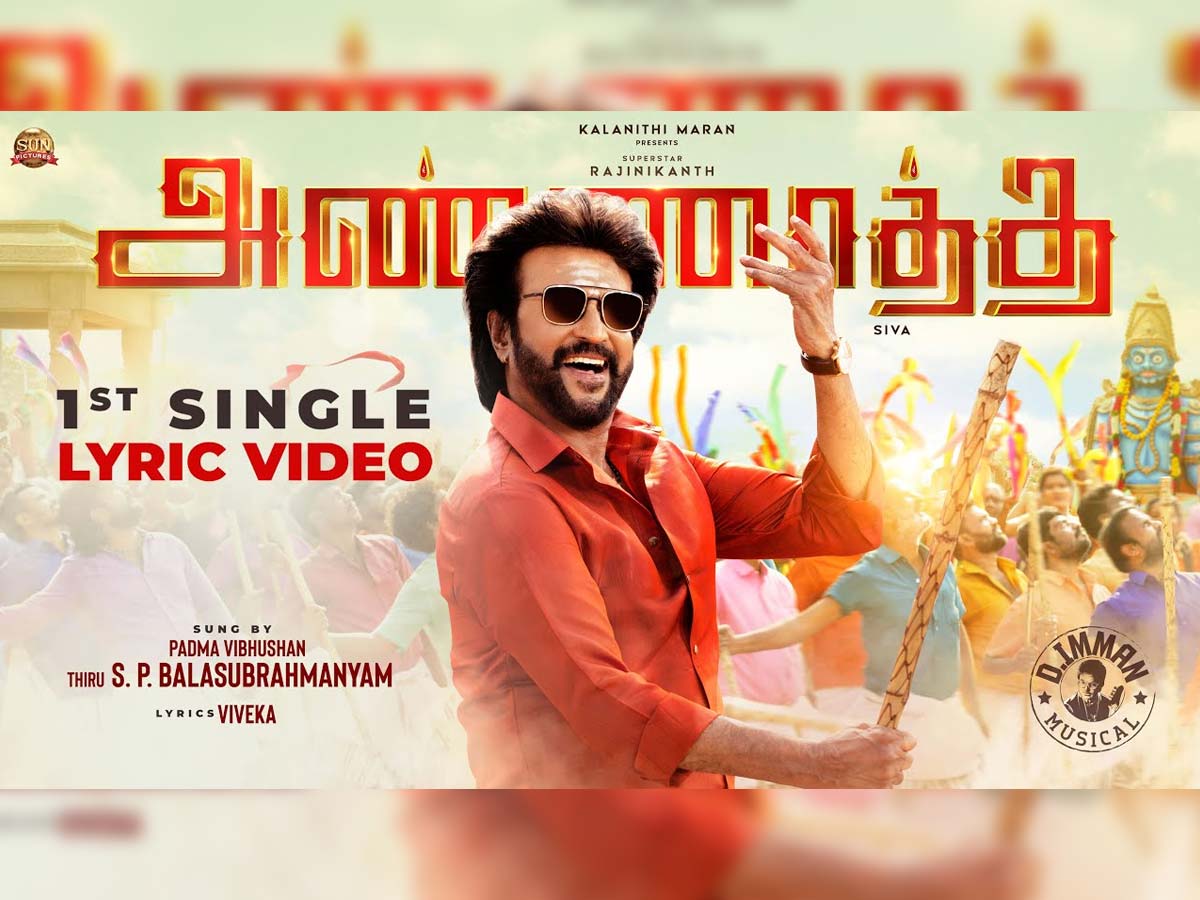 Kollywood superstar Rajinikanth is coming up with an action drama titled Annaatthe, which is one of the much hyped movies of Kollywood. Currently the team of Annaatthe is busy in the promotional activities.

The action drama Annaatthe is directed by Siruthai Siva and produced by Sun Pictures. The movie also has lady superstar Nayanthara, National award winning actress Keerthy Suresh of Mahanati fame, Khushbu, Meena, Prakash Raj and Soori. The camera work is handled by Vetri whereas Ruben is taking care of the editing department. The shoot of this film has already been completed. Few patchworks are left and currently it is in the post production stage.  In this film Rajinikanth is essaying the role of the village chief.

The legendary playback singer SP Balasubrahmanyam died on 25th September, last year at a private hospital in Chennai after a long battle with Coronavirus.  Now his fans can celebrate this moment with his last song, Annaatthe Annaatthe from Rajinikanth starrer.