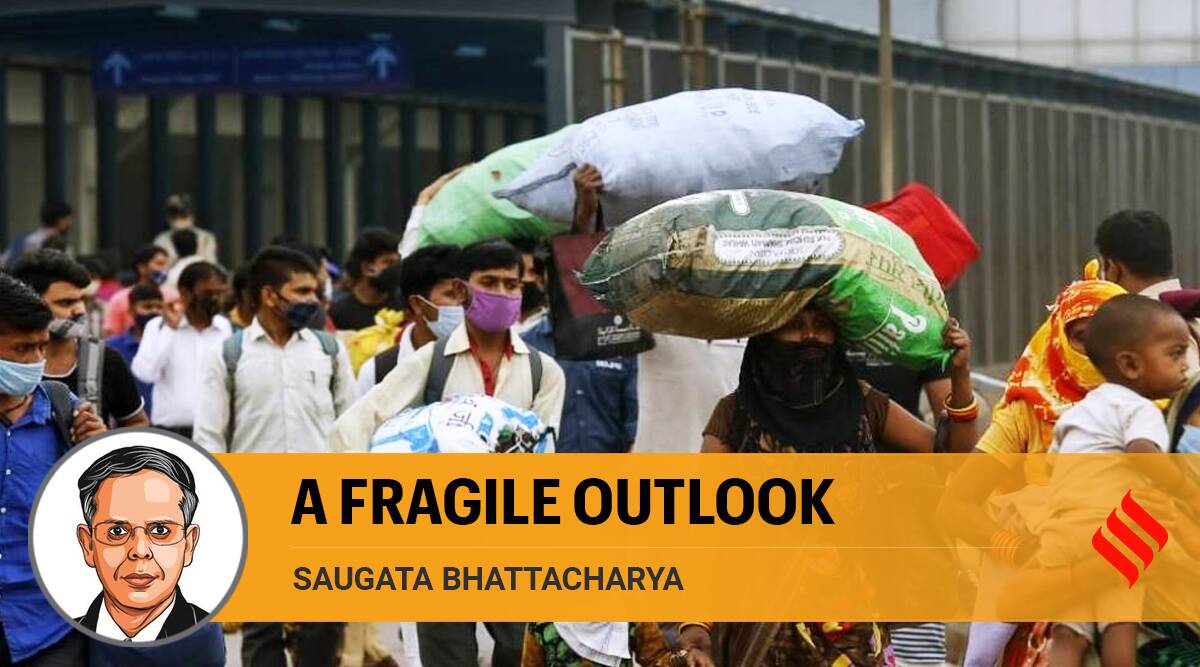 Once the surge tapers and the lockdowns ease, the pace of recovery will depend on the ability of the Centre and states to spend 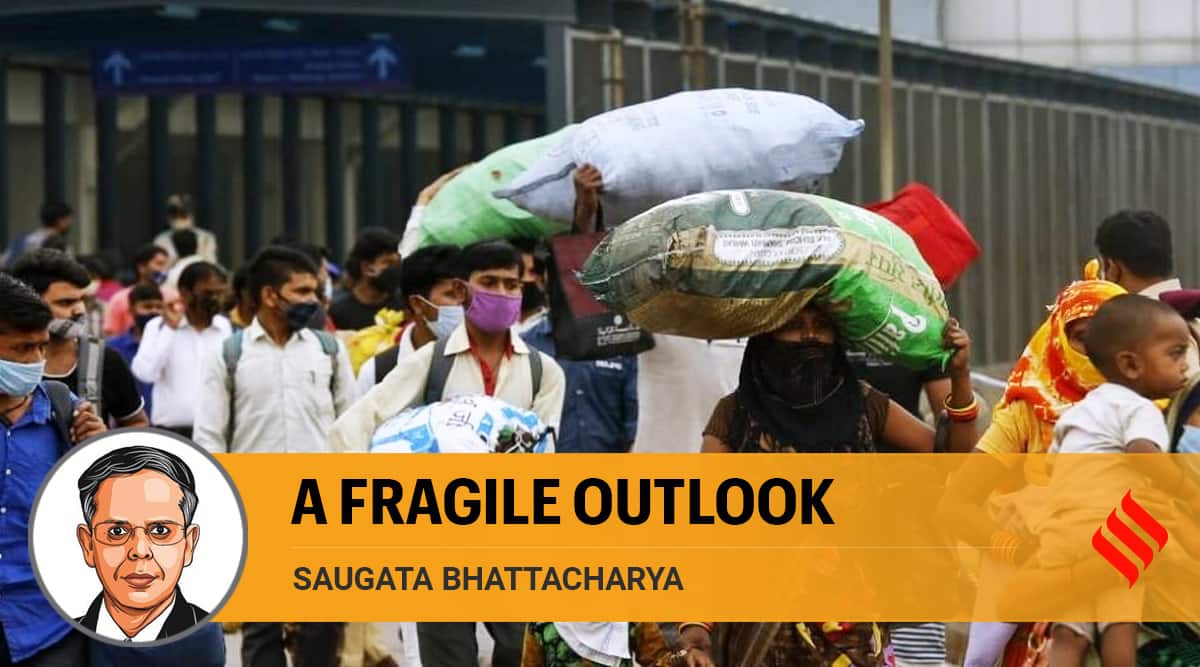 In light of the second wave of the pandemic, we have revised downwards our GDP growth forecast for 2021-22 from our pre-second wave assessment of 11.8 per cent to 9.5-10.5 per cent now, depending on the severity and duration of the lockdowns. In comparison, the Union Budget had based its fiscal projections on a 14.4 per cent nominal GDP growth, implying a real growth of 10-10.5 per cent.

This is an evolving target due to the uncertainty involved with individual statewide infection curves and the consequent policy responses involving lockdowns, restrictions and other measures, and is thus likely to be incrementally marked down. But a crucial input into the changing forecasts will be vaccine availability because of the confidence imparted for the progressive opening up of economic activities, and for boosting both sentiment and demand, especially for services. Note that a 1 per cent cut in growth shaves off almost Rs 2 lakh crore from potential income.

Two aspects of our forecast are worth emphasising. The first advance estimates of growth will be based on extrapolations from a limited data set, available till October and November. A substantial part of the extrapolation exercise involves the financial results of corporates, which are declared quarterly. Broadly, a proxy for the nominal Gross Value Added (GVA) for the industry and services segments can be derived from the sum of operating profits and employee costs. Operating profits growth of large and mid-size companies has been quite robust in 2020-21. It is only the later sequence of revisions that incorporate trends from larger databases, which capture the performance of smaller enterprises. We should note that there is an added element of uncertainty arising from the accounting treatment of subsidies, which is due to (the welcome) changes in the Union Budget reporting.

Our growth estimate for the April-June quarter of 2021-22 is now reduced to 24 per cent from 34 per cent earlier. This is largely based on signals from multiple indicators of economic activity, which are indicative of the current economic momentum and recovery. These are inter alia a set of manufacturing, services, fiscal, financial, mobility, and employment metrics. Although many of these are not part of the formal GDP estimation process, they do point to presumptive trends in those economic variables which are.

Axis Bank’s Composite Leading Indicator had shown a strong uptick in March 2021. The fourth quarter (FY21) results are beginning to trickle in, and based on a small set of 150 non-financial companies, we find that sales have increased significantly. There is the base effect, but there are signs of recovering momentum. However, based on the limited signals available thus far for April and the first week of May, there has been a sharp drop in economic activity, back to levels tentatively consistent with economic activity around May 2020, when we were exiting the first lockdown.

These signals are led by the sharp drop in Google mobility indicators related to commerce, but a slowdown is also seen in FasTAG payments and other signals, and a steep drop in vehicle registrations in early May. There’s also a sharp drop in e-Way bills, as well as electricity consumption. CMIE data shows that the urban unemployment rate has risen to an average of 10.1 per cent in the last two weeks. Rural employment is still holding up, but some part of this at least is due to the ongoing harvesting season. However, manufacturing and services PMIs have printed high in April.

These trends are likely to mildly deteriorate and then stabilise over the next months. The renewed restrictions have been impacting dominantly the large urban agglomerations in economically important states. For instance, of the five states that account for almost 50 per cent of India’s GDP, three (Maharashtra, UP and Karnataka) are severely affected. Although Maharashtra is one of the most urbanised states, the lockdowns in the agglomerations of Bengaluru and the National Capital Region will also have large effects. There is now concern about the effects of infections spreading to smaller towns and rural areas.

Second, there is anecdotal evidence now of disruptions in economic activities of smaller enterprises, which form the vast majority of enterprises, let alone the informal sector. Channels’ checks and reports of industry associations support this narrative. Various surveys have also indicated the large impact on lower-income families. Note that the lockdowns will be the second hit on the incomes of these households, amplifying the effects on demand revival of their already depleted savings.

To get an approximate sense of the asymmetry in performance across larger, medium and smaller companies, we segmented a set of about 1,900 non-finance companies whose results are available for the third quarter of 2020-21 by sales (the largest with sales greater than Rs 250 crore in Q2, the smallest less than Rs 5 crore). The results are unsurprising. Sales growth follows an ordinal drop in magnitude as indeed do profits and employee expenses. This discrepancy is likely to be even more accentuated once data on smaller companies, particularly small and micro enterprises, become available over the next couple of years. In other words, the economic loss is likely to be larger than the initial formal GDP numbers will convey.

Once the surge tapers and the lockdowns ease, the pace of recovery will depend on the ability of the Centre and state governments to spend. The loss of incomes will hopefully have a more muted impact on tax revenues. An accelerated rollout of vaccines will be crucial in boosting confidence, and will be the metric to monitor in calibrating GDP growth forecasts.

This column first appeared in the print edition on May 13, 2021 under the title ‘A fragile outlook’. Bhattacharya is executive vice president and chief economist, Axis Bank. Views are personal