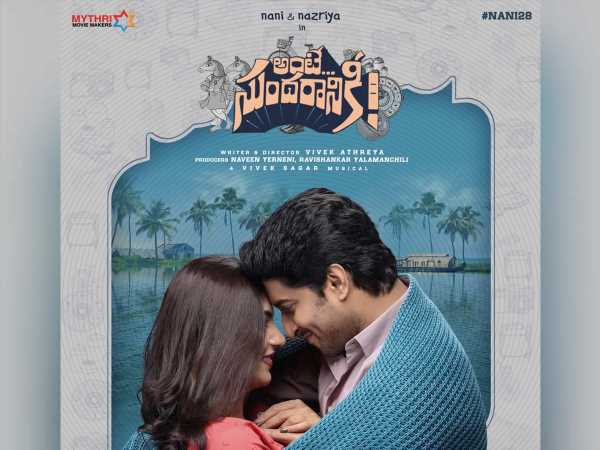 Ante Sundaraniki box office Collections: For now ‘Ante Sundaraniki’ is a hot cake in Telugu states than other movies due to its positive word of mouth and it is being a romantic and comedy  drama. Natural Star Nani and Nazriya starrer latest movie Ante Sundaraniki is doing well at the ticket windows, especially in the USA. The movie, directed by Vivek Athreya, is winning the hearts of the movie lovers.  According to the latest report, the movie Ante Sundaraniki has collected more than $900K so far and it’s just another $100K away to join the elite $1 million club. Soon it will join the club of $1 Million.

Then, Ante Sundaraniki will become the 7th movie of  Ninni Kori fame Nani to achieve this feat at the US box office.

Ante Sundaraniki  has got some rave reviews from the film lovers and critics for its screenplay and the performances of the whole cast. The Tamil and Malayalam versions of  Nani starrer saw very less footfalls compared to the original version.