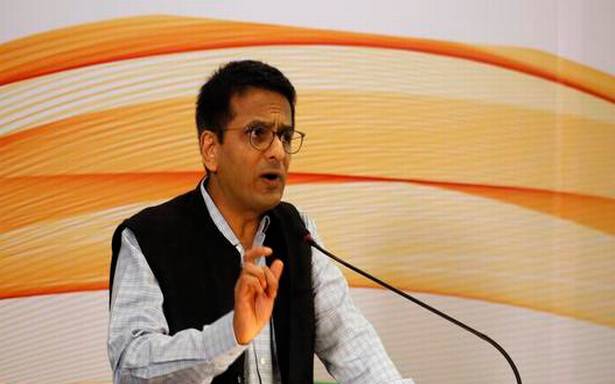 In an address on Indo-U.S. legal ties, Justice D.Y. Chandrachud said the judiciary must remain the first line of defence against any move to deprive citizens of their liberty.

Anti-terror law should not be misused to quell dissent or harass citizens, Supreme Court judge Justice D.Y. Chandrachud has said in an address on Indo-U.S. legal ties.

“Criminal law, including anti-terror legislation, should not be misused for quelling dissent or harassment to citizens,” Justice Chandrachud said on Monday, according to a statement released by the Society of Indian Law Firms, one of the organisers of the virtual India-U.S. Joint Summer Conference on Indo-U.S. legal ties on Monday.

Justice Chandrachud said the judiciary must remain the first line of defence against any move to deprive citizens of their liberty.

“Our courts must ensure that they continue to remain the first line of defence against the deprivation of liberty of citizens. Deprivation of liberty for even a single day is one too many. We must always be mindful of the deeper systemic issues of our decisions,” he said.

The judge, the release said, referred to the intervention of the Supreme Court during the peak days of the two COVID-19 waves. He highlighted how the Supreme Court had directed States to set up committees to consider the release of prisoners in order to prevent the spread of the virus within the cramped prison walls.

“During the first wave of the pandemic in March 2020, the court ordered all States to set up high-level committees, to consider releasing convicts on bail or parole, who had been jailed for up to seven years for no other reason except for them being undertrials or even convicts. The Supreme Court made a similar suggestion for those awaiting trials for offences carrying a maximum penalty of seven years. When the first wave subsided, those released were re-imprisoned,” Justice Chandrachud said.