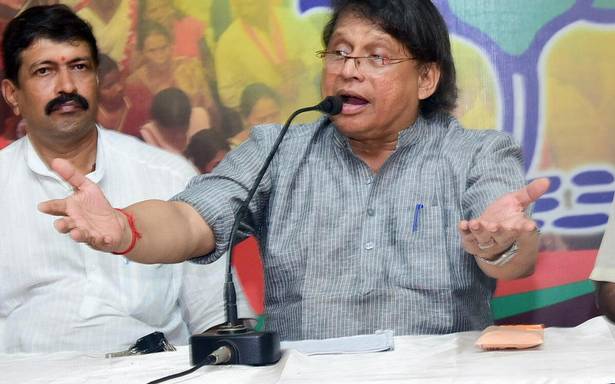 In a letter to Ms. Jolle, copies of which were marked to BJP national president J.P. Nadda and other senior leaders, Mr. Manippadi said ordering a survey has become a trend or a means of ‘threatening’ those who had allegedly embezzled Wakf properties to pay ‘due respects’.

He pointed out that he had submitted a 7,000-page report (Anwar Manippadi Committee Report) on Wakf properties embezzlement during the tenure of the BJP government in 2012. Instead of taking the report to its logical conclusion, the Minister was dragging the embezzlement issue, he said, alleging the Wakf Board has been the ‘biggest corruption den’ in Karnataka.

Mr. Manippadi said, “You and the government are allowing the corruption to go on, and finally the Muslim community will be left with nothing…"

Giving some examples, Mr. Manippadi alleged that the government and the party were bent on holding an election to elect a chairman to the Wakf Board and installing a man accused of misusing government grant-in-aid funds for construction of compounds for masjids, and the issue is in the High Court. Moreover, he is not a BJP member and opposes the BJP, he said.

Mr. Manippadi also alleged that the government appointed a nodal officer for the Haj Committee who is facing numerous complaints and inquiries.

He accused Ms. Jolle of having ‘determined to ruin Muslims’ and criticised her statement that the Wakf Board does not have funds to fight encroachment cases. Revenue from idgahs and dargahs in Karnataka would amount to around ₹500 crore each month, if accounts were not manipulated, he said.

He suggested that Ms. Jolle could resign if is unable to handle the department.