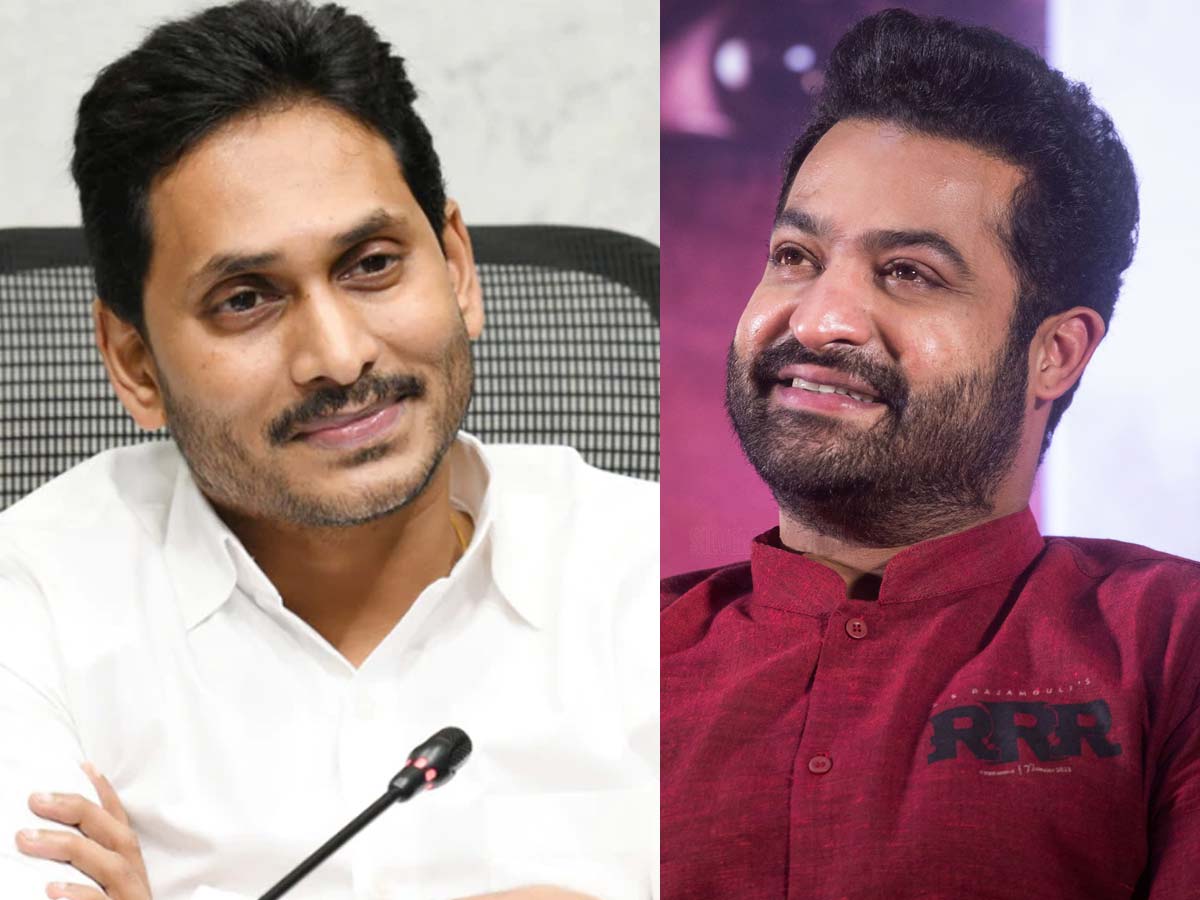 It is known that Rajamouli and DVV Danayya had met CM Jagan to seek additional benefits for the film in the wake of the RRR film being released with a budget of Rs 550 crore. The news that CM Jagan had responded positively was widely circulated. The big budget RRR movie is just 8 days away from release. Fans hope that RRR will create records in terms of collections after its release.

However, due to some reasons, Tarak did not attend the meeting despite NTR being on the list of celebrities who should have met Jagan at a meeting a few days ago for the RRR movie., Industry sources say that Tarak had recently made an NTR video call to CM Jagan requesting him to benefit from the RRR movie. NTR video call was made during Rajamouli and Danayya’s meeting with Jagan.

It is information that a YCP minister close to NTR had arranged for Rajamouli and Danayyal to get the appointment of CM Jagan. Tarak had given reasons to Jagan regarding his non-attendance at the previous meeting. There has been a lot of talk on social media about the NTR video call. Only if NTR or Rajamouli responds will it be possible to know the facts in the viral news.

Perni Nani the minister revealed that the Balayya also tried to meet Jagan during the Akhanda movie. Just a few days to go before the release of RRR movie theaters, fans feel that the movie is sure to create new records. It remains to be seen whether the AP CM said OK to Tarak’s request.