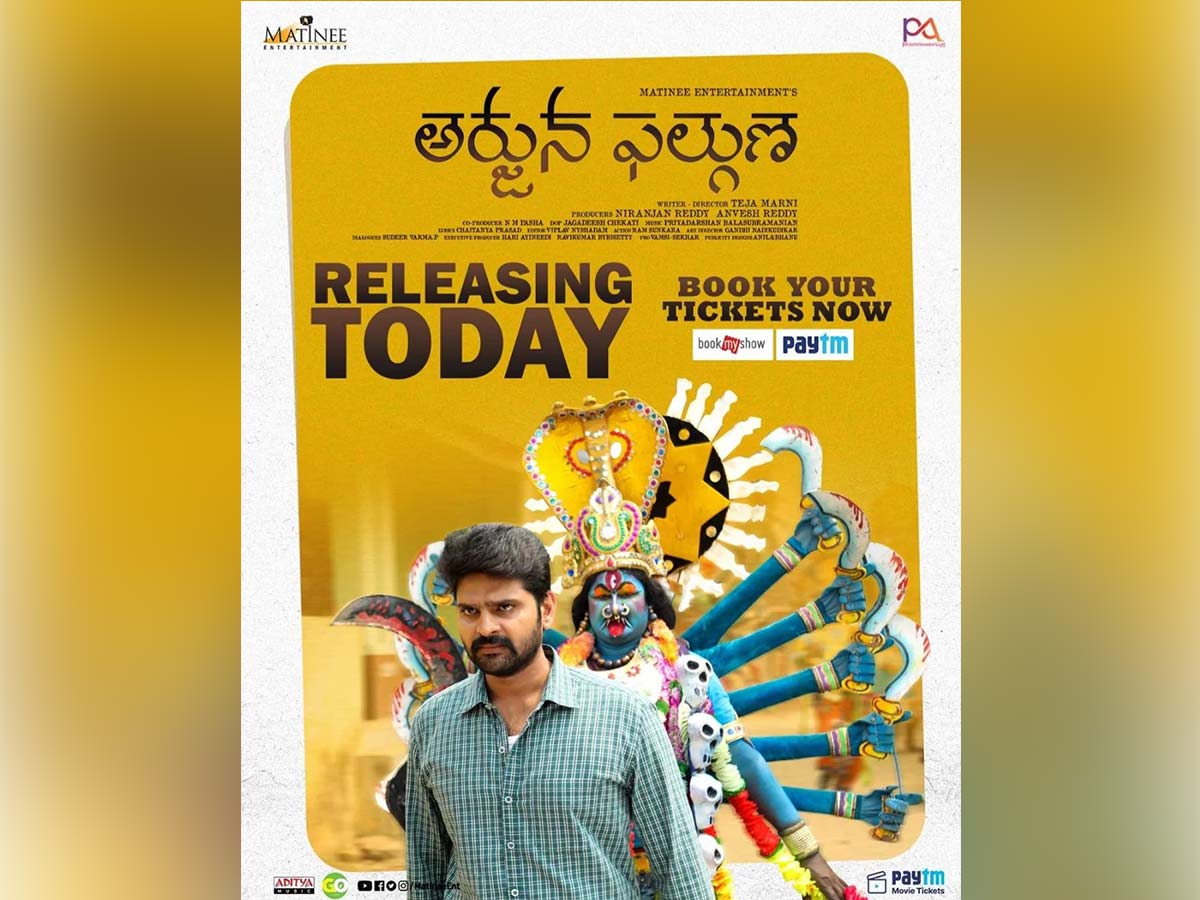 Arjuna Phalguna is the third  movie of Sree Vishnu that was released this year  after Gaali Sampath and Raja Raja Chora. According to Sree Vishnu, he mostly chose directors with excellent writing skills. Most of them have been debutant directors. For a change, he teamed up with Teja Marni  who was not a debutant. He was  very good at milking emotional moments.

Finally the movie Arjuna Phalguna has hit the theaters  today on 31st December 2021 and is receiving mixed response by the movie lovers and the critics from each corner.  It is touted to be rustic comedy. Now according to the latest report,  the post theatrical OTT streaming rights of  Sree Vishnu starrer Arjuna Phalguna were bagged by Amazon Prime Video. And the movie will be streamed on Amazon Prime at least 4 weeks post its theatrical release.

The story of Arjuna Phalguna takes place in the Godavari region’s backdrop.  It  is all about the story of five friends   who are fresh graduates and are whiling away their time. It is helmed by Teja Marni and has Amritha Aiyer in the female lead role,

Recently during the media interaction, Sree Vishnu revealed that he will be next seen playing the lead role sin ‘Bhala Thandanana’.