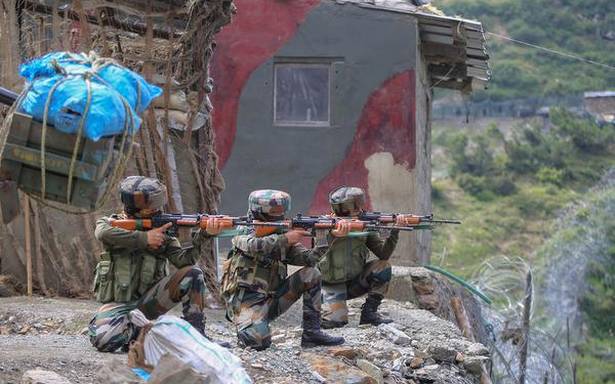 The peddlers trying to smuggle the drugs into the Indian side of the LoC ran away after observing the movement of troops: Police

The Army has recovered around 30 kg of a contraband substance worth about ₹25 crore in the black market along the Line of Control (LoC) in Jammu and Kashmir’s Uri sector, police said on Sunday.

"On Saturday, alert Indian troops deployed along the LoC in Uri sector in Baramulla district of north Kashmir observed some suspicious movement. Upon a search of the area, it was found that a contraband-like substance, most likely drugs, was dropped there," Senior Superintendent of Police (SSP), Baramulla Rayees Mohammad Bhat told reporters in Baramulla.

He said the peddlers trying to smuggle the drugs into the Indian side of the LoC ran away after observing the movement of troops.

"The exact nature of the heroin-like substance is being ascertained through the authorities concerned. The value of the suspected contraband is around Rs 20-25 crore in the black market," he added.

A cap, a couple of backpacks and a couple of gunny bags were also recovered from the spot, the SSP said.

He said legal proceedings have been initiated after the suspected contraband was handed over to the police and a case has been registered under the relevant sections of law.

"The huge drug haul along the LoC showcases the nefarious designs of the Pakistan-based narco-terror nexus and its inimical intent to abet terrorism and finance terror in India. This drug bust is a huge setback to the nexus," the officer said.