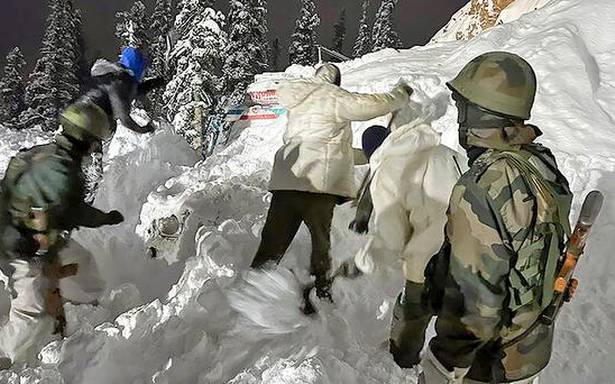 Thirty civilians, who were stranded due to fresh snowfall and avalanches, were rescued in a six-hour long operation by the Army in north Kashmir’s Kupwara on Tuesday.

The civilians were stranded on the Chowkibal-Tangdhar road after a spell of fresh snowfall and two avalanches hit the stretch on the night of January 17-18.

“As soon as the information of civilians getting stuck closer to Khooni Nala and S.M. Hill on the NH-701 reached the troops, two rescue teams, comprising avalanche rescue teams from Indian Army and a team of General Reserve Engineer Force (GREF), were mobilised for rescuing the civilians who were stuck in their vehicles,” an Army spokesperson said.

“The entire effort took about five to six hours. All the rescued civilians were provided food, medical care and shelter for the night,” the Army spokesperson said.

Twelve vehicles were also retrieved from the snow-swept Chowkibal-Tangdhar stretch on January 18 in the Valley.