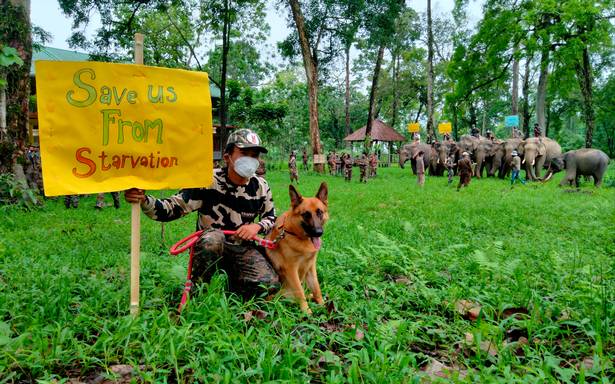 The contingency workers of the 862-sq. km Reserve in Arunachal Pradesh’s Pakke-Kessang district struck work from June 9 demanding their wages since December 2020.

“We decided to call off our strike following a request from the Principal Chief Conservator of Forests (PCCF) that the pending wages for four months up to March 2021 are expected to be released within 15 days,” union president, Taniam Kino said.

“The PCCF has given us a written assurance for the release of our pending salary but the other demands such as regularisation of job of the Special Tiger Protection Force and other contingency staff who completed more than 15 years of service of the department have not been met.”

The union hoped the government would not force its members to raise their voices again.

“Please know that the entire department and the State government have their greatest concern for the welfare of its frontline staff. You are hereby requested to call off the strike and get back to your respective camps and duties…” the letter from PCCF R.K. Singh said. He is also the department’s Principal Secretary.