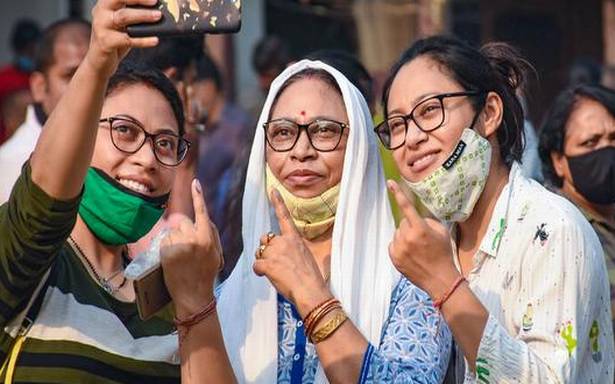 The Congress has assiduously tried to replicate its Chhattisgarh model of bottom-up approach, training cadre in booth management for the Assembly poll in Assam.

Chhattisgarh Chief Minister Bhupesh Baghel and his team of 700-plus leaders and workers from the State have played a key role in strengthening the party in the State.

The battle for Assam for the team from the Chhattisgarh unit began on January 18, when Mr. Baghel first visited the northeastern State. He held a series of brainstorming sessions with the State leadership up to the district levels.

It was followed by a rigorous training session that was helmed by Mr. Baghel’s team for booth-level workers in 115 constituencies spread over 22 days, reaching out to nearly 1,000 Congress workers in each of these sessions. The Congress is contesting only 93 seats here. The training programme included analysing the 2016 results down to the booth level.

The main challenge for Mr. Baghel’s team members, who have been stationed in Assam for three months now — including his political advisor Vinod Verma, media advisor Ruchir Garg and All India Congress Committee Secretary Rajesh Tiwari — is to motivate the Congress in the State.

In 2016, they were down to 26 seats and further attrition over five years meant that there were only 20 legislators remaining in the Congress stables. The difference in vote share between the Congress and the BJP in 2016 was more than 10%.

Next to the Assam Pradesh Congress headquarters of Rajiv Bhawan, Hotel Gateway has practically turned into Chhattisgarh Bhavan, with ministers, MPs, legislators and other leaders camping here.

But what did the Chhattisgarh team teach Assam, with its deep ethnic faultlines? Mr. Verma says basic “electioneering” is State agnostic.

While his associates have been busy building the team, Mr. Baghel has emerged as one of the key campaigners in the State. From February 7 onwards, when the Congress campaign began in the State, he has attended 38 political events. Of the 38 events, 23 public meetings, two interactions with the Congress cadre and one roadshow were held in upper Assam, a region the Congress had all but given up on.

In 2016, out of the 35 seats in the region, which went to the polls in the first phase, the Congress won only five. Team Chhattisgarh made Dibrugah its headquarters, functioning out of there for more than two months, before shifting base to Guwahati.

At a public meeting in Barpeta, Mr. Baghel addresses the crowd in brisk Hindi, talking about stock issues such as inflation, fuel price hike, unemployment. The crowd listens passively but when he switches to Ahomiya saying “CAA Ami Namanu” (‘We will not accept CAA’), the crowd roars back.

“My job here is basically to energise the workers, listen to them and give whatever support we can from our experience of fighting the BJP in a State where they ruled for 15 years,” Mr. Baghel says.

The bottom-up approach, Mr. Baghel says, helps resolve differences. The fact that candidate selection is made in Assam, not sitting miles away, has made a difference. “The Chhattisgarh model is a shining example that the Congress delivers on its electoral promises,” he adds.

He says he is confident that the Congress will sail through. The Assam leadership also acknowledges the role Chhattisgarh has played in the State.

“Mr. Baghel has played the role of a mentor. He sent a team of party workers who were dedicated and worked at the level of the booths. In Assam, we have the strongest party organisation, but we did realise that, as compared to our opponent, we were weak in booth management. And I think the Chhattisgarh unit helped in this grass roots outreach,” senior Congress leader and Assam MP Gaurav Gogoi notes.