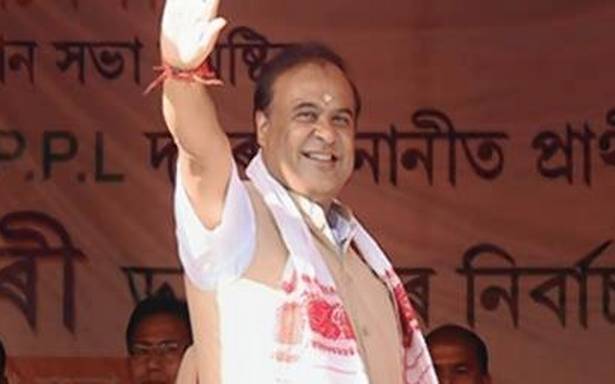 Accusing Assam Chief Minister Himanta Biswa Sarma and his family of “grabbing” 18 acres of Government land meant for the landless, the Congress on Sunday demanded a Supreme Court-monitored probe by a Special Investigative Team (SIT) and sought Mr. Sarma’s dismissal.

At a a press conference, All India Congress Committee (AICC) in-charge for Assam Jitendra Singh, Lok Sabha member Gaurav Gogoi and party spokesperson Gourav Vallabh alleged that Mr. Sarma had “misused” his official position to illegally transfer the land in favour of RBS Realtors from 2006 to 2009.

Mr. Sarma was a powerful Minister in the Tarun Gogoi-led Congress Government when the transfer is said to have taken place.

So far, neither the Assam Chief Minister nor the BJP has commented on the allegations.

Another Lok Sabha member from Assam, Abdul Khaleque, and Rajya Sabha MP Ripun Bora, who were also present at the press conference, said they would raise the matter in Parliament.

Mr. Singh said while the Assam Chief Minister had evicted poor families from Government land in a heavy-handed manner, land worth crores were given away to his kin.

“We demand that Sarma, who along with his family is involved in usurping land for the landless people, should be immediately sacked from his position,” Mr. Vallabh said. “A sitting Chief Minister, whose family is directly involved in land grabbing, has no right to remain in power. He must be immediately sacked from his position.”

“We want that the Prime Minister should conduct a probe by a SIT under the monitoring of a sitting Supreme Court judge,” he said.