BJP launched an all-out attack on the opposition parties including the Mamata's Trinamool Congress (TMC) and asked them to clarify their stand on the issue.

Home Minister Rajnath Singh on Tuesday met with West Bengal Chief Minister Mamata Banerjee, who had expressed reservations over the National Register of Citizens (NRC) draft, and assured her that it had been published in accordance with the provisions of the Assam Accord.

“The Chief Minister of West Bengal Ms @MamataOfficial met me today regarding publication of draft NRC. I told her that the draft NRC had been published in accordance with the provisions of Assam Accord and as per decisions taken in a tripartite meeting on February 05, 2005 between the Centre, State Government of Assam and All Assam Students Union to update NRC, 1951,” Singh tweeted.

Slamming the BJP-led government at the Centre, Banerjee had accused the party of resorting to ‘divide and rule’ politics in the country. “They’re trying to divide people, there will be a bloodbath and civil war in the country,” she said, adding that “more than 40 lakhs people voted yesterday for the ruling party and suddenly today they have been made refugees in their own country.”

“I came here to talk on NRC. Submitted a list of 40 lakh people who had been left out. I have told him that his leadership is claiming that next NRC would be in Bengal. Who has given them that authority?,” Banerjee told reporters after meeting Singh.

Assuring that the government will help all such people in their concerns, the home minister said, “I also told her that the NRC updation exercise was being carried out in a totally fair, transparent, non-discriminatory and legal manner. Nobody will be harassed in this entire process and at every stage of the process, adequate opportunity of being heard will be given to all persons. The draft NRC has been prepared in accordance with the law under the monitoring of the Hon’ble Supreme Court.” 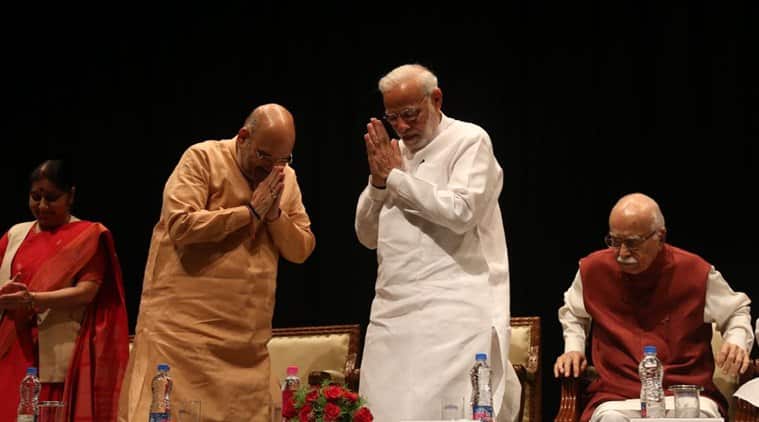 The publication of the NRC draft on Monday gave space for a political slugfest as more than 40 lakh people failed to find their names in the citizenship list. Of the 3.29 crore people who had filled their applications for the NRC, 2.89 crores found their names in the draft list.

Meanwhile, BJP launched an all-out attack on the opposition parties including the Mamata’s Trinamool Congress (TMC) and asked them to clarify their stand on the issue of illegal migrants. Party president, Amit Shah accused them of misleading public on the NRC issue. “No Indian has been excluded by the NRC. Only those who haven’t been able to present proof of their citizenship have been excluded from the draft. 40 lakh is not a final figure. The Supreme Court laid down procedure will be followed,” he said at a press conference in New Delhi.

Shah asked Congress president Rahul Gandhi to not indulge in “vote bank politics” and asked on what basis was the opposition parties questioning the NRC. Asserting that the NRC is “soul” of the 1985 Assam Accord signed by former prime minister Rajiv Gandhi, Shah alleged that the Congress was in the habit of shifting its stand on the issue. “When you are in power you have one stand and another while in Opposition. We have never indulged in vote bank politics,” he said.